Italian Pleads Guilty to Marine-hose Price-fixing in US 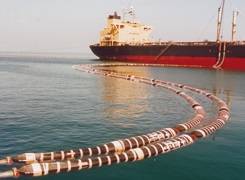 A former executive of Parker ITR Srl pleaded guilty on Thursday to conspiring to rig bids for marine hose and was sentenced to two years in prison, the U.S. Justice Department said on Thursday.

Romano Pisciotti, who is Italian, had been flown into the United States from Germany in early April in the first extradition on charges of breaking antitrust law, the department said.

Marine hose is used to move oil between storage facilities and tankers.