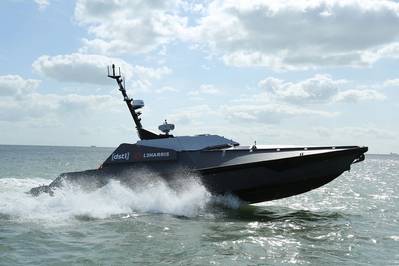 Designed, built and commissioned by L3Harris’ Unmanned Maritime Systems team based on the south coast of the UK, MAST 13 was officially launched on September 11th at DSEI in London.

The system carried out unmanned surveillance and force protection in the Victoria Dock at DSEI.