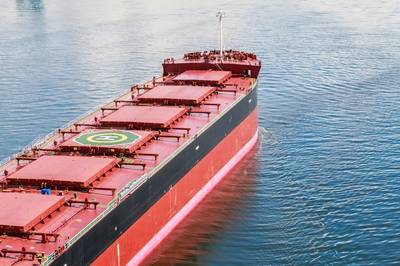 "The M/V Friendship is the fifth Capesize delivery that Seanergy has successfully completed in 2021 to date," the company said.

Seanergy also said that the has been fixed on a time charter with Japan's NYK Line, which is an existing charterer of Seanergy.

The charter is expected to commence immediately, upon finalization of the customary transition process and will have a term of a minimum of 17 to a maximum of 24 months from the delivery.

"The gross daily rate of the [time charter] is based at a premium over the Baltic Capesize Index (“BCI”)," Seanergy said.

Also, Seanergy received approval, from one of its existing lenders to partially finance the acquisition of the M/V Friendship.

On a fully delivered basis,  Seanergy's operating fleet will consist of 16 Capesize vessels with an average age of 11.4 years and an aggregate cargo-carrying capacity of approximately 2,829,631 dwt.

The company expects to take delivery of Worldship, a Capesize bulk carrier of 181,415 dwt in August. The vessel, built in 2012 in Japan, has a charter secured at a $31,750/day rate for a period of about 12-16 months, with an unnamed "world-leading U.S. commodity trading company."