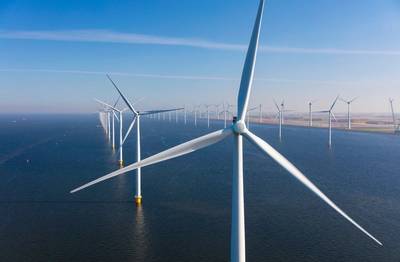 Shell has made the final investment decision for Holland Hydrogen I, which, when completed in 2025, will be Europe's largest renewable hydrogen plant. The plant will be powered by electricity produced from an offshore wind farm in the Dutch section of the North Sea.

Shell said Wednesday that the200MW electrolyser would be built on the Tweede Maasvlakte in the port of Rotterdam and will produce up to 60,000 kilograms of renewable hydrogen per day.

The renewable  power for the electrolyser will come from the offshore wind farm  Hollandse Kust (noord), which is partly owned by Shell.

"The renewable hydrogen produced will supply the Shell Energy and Chemicals Park Rotterdam, by way of the HyTransPort pipeline, where it will replace some of the grey hydrogen usage in the refinery. This will partially decarbonise the facility’s production of energy products like petrol and diesel and jet fuel. As heavy-duty trucks are coming to  market and refuelling networks grow, renewable hydrogen supply can also  be directed toward these to help in decarbonising commercial road  transport," Shell said. 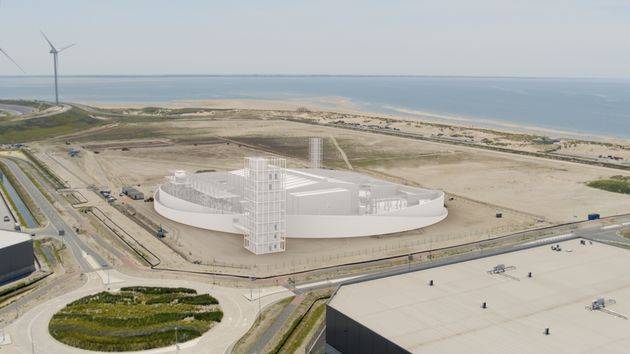 Artist rendering of Holland Hydrogen 1 on the conversionpark (source: Shell) - via Port of Rotterdam

"Holland Hydrogen I demonstrates how new energy solutions can work together to  meet society’s need for cleaner energy. It is also another example of  Shell’s own efforts and commitment to become a net-zero emissions  business by 2050,” said Anna Mascolo, Executive Vice President, Emerging Energy Solutions at Shell. “Renewable hydrogen will play a pivotal role in the energy system of the future and this project is an important  step in helping hydrogen fulfil that potential.”

Shell is part of the CrossWind consortium with Eneco, which in July 2020 won the tender for the subsidy-free offshore wind farm Hollandse Kust (Noord) in the Netherlands.

The consortium said at the time it planned to have Hollandse Kust (Noord) operational in 2023 with an installed capacity of 759 MW, generating at least 3.3 TWh per year, whichis enough electricity to power the equivalent of more than 1 million Dutch households.

Hollandse Kust (Noord) Wind Farm Zone is located 18.5 kilometers off the west coast of the Netherlands. The total surface area of the Wind Farm Site within this zone (including maintenance and safety zones within the WFS) is approximately 125 km².