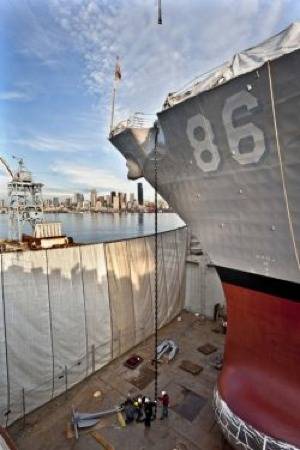 The Shipbuilders Council of America (SCA) called the bipartisan budget agreement now passed by both houses of Congress an important first step and thanks Members of Congress for providing the much needed resources for the U.S. shipbuilding and repair industry.

“Passing this bipartisan agreement was crucial because of the pending losses of construction and repair jobs the Navy forecasted if full sequestration and a continuing resolution were to remain in effect in fiscal year 2014,” said SCA President Matt Paxton.  “We are grateful for the action Congress has taken, but the long-term threat to our industry remains.  We are calling on America’s leaders to keep working to address the future fiscal uncertainty if the U.S. is to maintain the nation’s fleet, and retain a skilled and experienced domestic workforce.”

Earlier SCA launched a campaign called SOS: SAVE OUR SHIPS, which focuses on educating Congress and the American public about the destructive and unintended effects sequestration and budget uncertainty will have on the United States Navy and naval services, as well as thousands of American shipbuilding and repair workers.

SCA says it will continue the SOS Campaign to bring public awareness to the future financial threats facing the shipbuilding and repair industry, and will work with Congress in 2014 to ensure the U.S. fleet remains strong and ready.