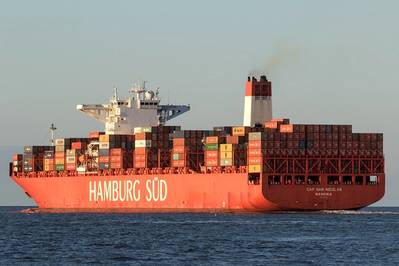 European lawmakers agreed on Tuesday to include international carbon emissions from the maritime sector in the EU carbon market, targeting an industry that does not yet pay for its pollution.

They also called for binding targets for shipping companies to reduce the annual average CO2 emissions of all ships when in operation, by at least 40% by 2030 compared to 2018 levels, going further than an original European Commission proposal.

Pollution from ships plying international waters usually escapes countries’ domestic emissions-cutting targets, but the Commission has said the sector must contribute to its trillion-euro push to achieve a “climate neutral” economy by 2050.

Shipping companies are not yet included in the EU emissions trading system (ETS), which obliges factories, power plants and airlines to pay for their pollution. The EU executive plans to add them in 2021 to bring the industry into line with the bloc’s efforts to cut greenhouse gases.

While the UN’s shipping agency has taken action on cutting sulphur emissions from ships, it is still years away from reaching a comprehensive plan for tackling CO2.

The environment committee of the European Parliament also called for the creation of an “Ocean Fund” from 2023 until 2030, financed by revenues from auctioning allowances under the ETS, to make ships more energy-efficient.

“Global maritime emissions are expected to increase by between 50% and 250% by 2050, which isn’t compatible with the long-term climate neutrality objective,” said Swedish lawmaker Jytte Guteland who led talks for the committee on the issue.

The full legislative assembly will vote in September on whether or not to approve the rules. Once parliament has agreed its position, talks will start with the Commission and national governments in the EU Council on the final terms of the funding.