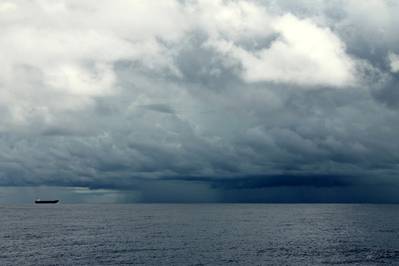 As global shipping grapples with its worst downturn in 30 years, private equity firms are unwinding massive bets made on the sector in a move set to accelerate a restructuring of the shipping industry.

Private equity invested tens of billions in global shipping after the 2008 financial crisis, but weaker Chinese demand and an oversupply of ships has driven down freight rates and caused firms to idle vessels and in some cases file for bankruptcy.
At least five private-equity backed shipping firms are seeking share listings, though it's unclear whether they will be able to price them to make a profit.
Industry sources also expect mergers and acquisitions to drive more consolidation in one of the world's most fragmented industries. According to shipping services firm Clarkson, 70 percent of the sector's thousands of firms own fewer than 51 vessels.
"People who invested in dry bulk are likely losing their shirts. Those that invested in container ships probably feel disappointed," said Jim Furnivall, managing partner of Alterna Capital Partners.
The New York-based private equity firm had generated "great but not spectacular" gains in its investments in clean tankers, vessels that carry refined products, he said.
Private equity invested $32 billion in shipping from January 2012 to January 2014, maritime fund management firm Tufton Oceanic estimates. This is equivalent to 22 percent of the total value of the world merchant fleet, including ships on order.
Harold Malone, managing director of maritime investment banking at investment bank Jefferies, said private equity exits were likely to "accelerate into 2015 and 2016" after it appeared a number of "potentially terrible" investments had been made, though he said crude tanker investments may turn out better due to a revival in rates last year.
Principal Maritime Tankers Corp, backed by Apollo Global Management, is seeking to raise up to $100 million and containership operator Costamare Partners LP , supported by York Capital Management, is also hoping to raise $100 million.
Singapore's Miclyn Express Offshore, owned by Australia's Champ Private Equity and Hong Kong's Headland Capital Partners, is eyeing an initial public offering in the next three years.
Asked about their investments, Champ and Apollo declined to comment, while Headland Capital Partners and York Capital did not immediately respond to requests.
ICON Capital, another private equity house, said it was planning to list one of its shipping funds in coming months.
New York, as well as Oslo and Singapore, both important shipping centres, would be among the favoured listing locations, financiers said.
Mergers
Underlining the pressure the global industry is under, China's Winland Ocean Shipping Corp filed for Chapter 11 bankruptcy protection in the United States on Feb. 12, the third known bulk shipper bankruptcy this month.
"Private equity is forcing and supporting mergers and acquisition deals to do (fleet) roll-ups or listing as a way to exit their positions," said Randee Day, president and chief executive of Day and Partners, a maritime consulting and advisory firm, adding that many investors would sell at a loss.
Day is also interim president of private equity-backed Eagle Bulk Shipping.
Recent mergers have included Excel Maritime Carriers selling a fleet of 34 ships to Star Bulk Carriers. Oaktree Capital Management was the major shareholder in both companies.
Supertanker owner DHT Holdings, whose major shareholders are private equity funds, also acquired Singapore tanker owner Samco Shipholding last September.
Ship Ordering Spree
Ship owners embarked on a massive ordering spree, partly fuelled by private equity, from 2008 which created a glut of tanker, container ship and dry bulk shipping capacity.
A balance between the fleet and cargo demand growth in the dry bulk sector expected last year failed to materialise, amid an uncertain global economic outlook and slower growth in China, the world's biggest dry bulk market.
This has put more pressure on cargo and ship prices.
The Baltic dry index - the industry benchmark for freight rates - has plunged to an all-time low.
The value of a new tanker or dry cargo vessel is 13 percent lower than 10 years ago, said Ralph Leszczynski, head of research at ship broker Banchero Costa.
Five-year old secondhand ships are around 35 percent cheaper, and average daily freight rates for tankers and dry cargo ships are also below 2010 levels, he said.
(By Keith Wallis; Additional reporting by Byron Kaye; Editing by Henning Gloystein and Ed Davies)