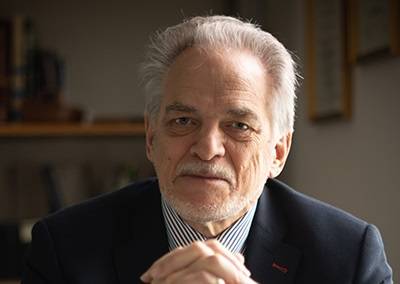 Canadian headquartered naval architecture firm Robert Allan Ltd. announced that its Executive Chairman, Robert G. "Rob" Allan, has been made an Honorary Member by the Society of Naval Architects and Marine Engineers (SNAME), making him one of only 50 living individuals to enjoy this privilege. This membership is awarded to a person as result of their dedicated service to the maritime industry and the Society and is a symbol of recognition offered as a token of the high esteem in which their colleagues hold them.

SNAME has previously honored Rob Allan with many accolades. In 2000, he was nominated and elected as a Fellow with both SNAME and RINA. In 2005, he was awarded the SNAME David W. Taylor medal for Notable Achievement in Naval Architecture and he has twice been awarded the American Bureau of Shipping/Joseph H. Linnard Prize for the best paper presented to a SNAME Annual Meeting.

Rob Allan is a third-generation naval architect (all of the same name), whose family moved to Vancouver from Scotland in 1919. Since graduating with honors from the University of Glasgow in 1971 with a B.Sc. in Naval Architecture, Rob Allan has been designing commercial workboats of all types, most notably high-performance tugboats for tanker escort and offshore terminal operations. In 1981, he succeeded his father as President of Robert Allan Ltd. and led the growing company to a position of international prominence in the field, including attaining several major International design awards for projects such as the unique Z-Tech tug design for the Port of Singapore.

He is internationally recognized as a leading authority on the subject of tug and workboat design. He has been recognized by his peers for this work with major awards including of the Meritorious Achievement Award by Engineers and Geoscientists BC (EGBC) in 2017, BC Export Award for Leadership in 2017 and Legacy Award from the Council of Marine Carriers in 2019.

He is a long-term Trustee of the Vancouver Maritime Museum and a member of the SS Master Society.

Since selling the company to senior employees in 2008, and retiring from active daily duty in June 2017, Allan continues to serve as Executive Chairman of the Board at Robert Allan Ltd. and mentors the next generation of designers within the company.