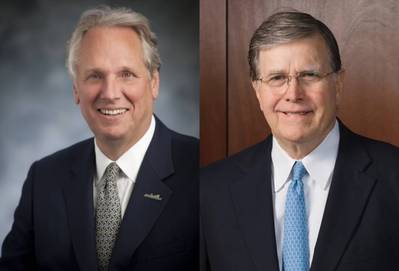 Having served the river industry for over 30 years, Stephaich is a national leader for the issues facing the inland waterway systems. He has been involved with many of the major industry organizations on a national level and has lent resources when needed. On several occasions, Stephaich has allowed for press events to be held on his barges or towboats. Congresspeople, senators and even the Secretary of Transportation have been welcomed aboard for tours to become better educated on the industry.

Among others in the industry, Stephaich is willing to share his knowledge and mentor others that are entering the business. He also funds the training and schooling for new hires at Campbell Transportation.

Outside of his work with Campbell Transportation, Stephaich has filled many roles. He was the Chairman of Waterways Council, Inc., Chairman and Treasurer of the American Waterways Operators, and Chairman and Trustee of the National Waterways Foundation. Stephaich is still involved with the Port of Pittsburgh Commission and the Allegheny Institute for Public Policy, and was the 2014 River Bell Award Recipient. Stephaich still serves in several advisory capacities, based around money management and real-estate development, in other family-related businesses.

“We are all fortunate to have Mr. Stephaich take such an active role on so many levels,” Mary Ann Buccci, Stephaich’s nominator, said. “He is genuine, humble and giving to all in this industry.”

Pyne was selected for his dedication to America’s waterways throughout his life. He co-founded, served on, or advised many of today’s waterway boards. He has received many recognitions for his service to the industry, including both the River Bell and Silver Bell awards, the 2013 Coast Guard Foundation Award, and the 2019 Admiral of the Ocean Seas Award.

Becoming Kirby Corporation’s CEO in 1984, revenues grew from $35 million to $3 billion during his tenure. Forbes recognized the business nine times beginning in 2001, including naming the company to the Platinum 400 list in 2008 and 2009. Only the “Best Big Companies” receive this honor.

Pyne has been a key leader in the inland maritime industry in both public and behind the scenes roles. Kirby grew to be a dominate player in the tank barge business, but also became a prominent company in promoting safety and advancing professionalism within the field. Pyne led the effort to bring the Seamen’s Church Institute training facility to Houston, and he was an early and strong proponent of the AWO Responsible Carrier Program. Kirby was the first recipient of the Coast Guard William M. Benkert Marine Environmental Protection Award.

Pyne empowered his senior staff at Kirby to handle leadership roles in industry associations. He assembled a group strictly for CEOs which met periodically to discuss pressing issues. This group was responsible for founding the Waterways Work! Campaign, which is now known as the Waterways Council. He is also partially responsible for creation of the Texas Waterways Operators Association. He served on the Inland Waterways Users Board, the Boards of the American Waterways Operators, and many more over the years.

Pyne stepped away from Kirby Corporation in 2014, but remains as Chairman of the Board and continues to influence the industry. He is recognized in the United States as a leader in the business community, especially the maritime industry.