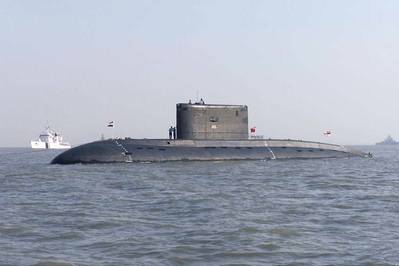 Many sailors on board the submarine reportedly jumped off to safety, but an official defence ministry statement added that there was a likelihood of some personnel being trapped inside.

The Times of India reports that at least 6 fire tenders of Mumbai Fire Brigade and Mumbai Port Trust were rushed to assist the naval fire brigade to douse the conflagration, the smoke emanating from which could be seen in many parts of south Mumbai.

The cause of the explosion and blaze, as well as the extent of damage to the submarine and naval properties, is still not known.