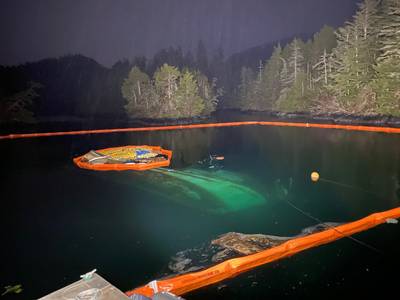 The U.S. Coast Guard is responding to a report of a diesel fuel discharge after a vessel sank near Sitka, Alaska.

Hanson Marine has been contracted by the Coast Guard to mitigate pollution and recover the vessel. The source of the discharge was secured on February 28. Coast Guard Marine Safety Detachment Sitka personnel are monitoring the clean-up operations. 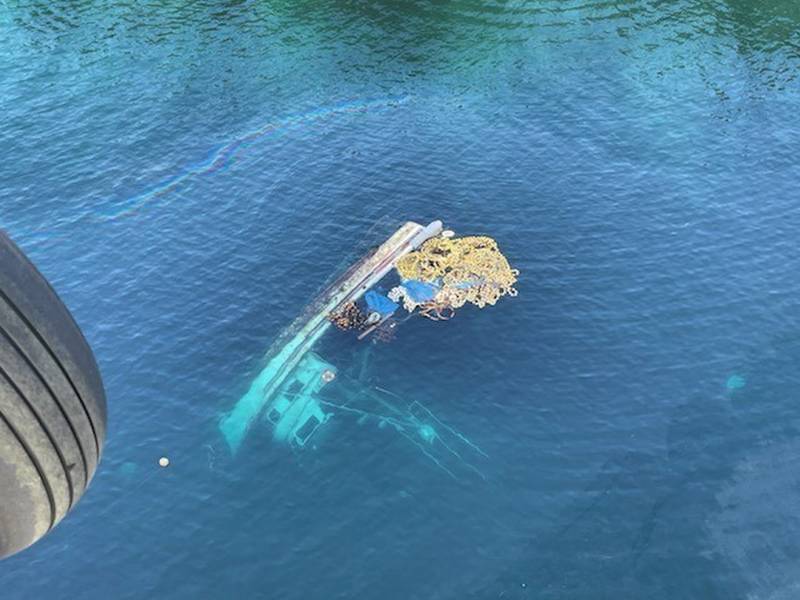 The total amount of diesel fuel discharged is unknown at this time and Coast Guard personnel are working to determine the maximum amount of potential discharge.

The most recent reports indicate that approximately 825 gallons of diesel fuel have been removed from the vessel.

Coast Guard Sector Juneau personnel confirmed with the vessel owner that no people were aboard the vessel when it sank.

"Our personnel are on site to monitor the clean-up operations, and investigate this incident," said Scott Cichoracki, command duty officer from the Sector Juneau command center. "We are assisting our agency partners to mitigate any potential environmental impacts." 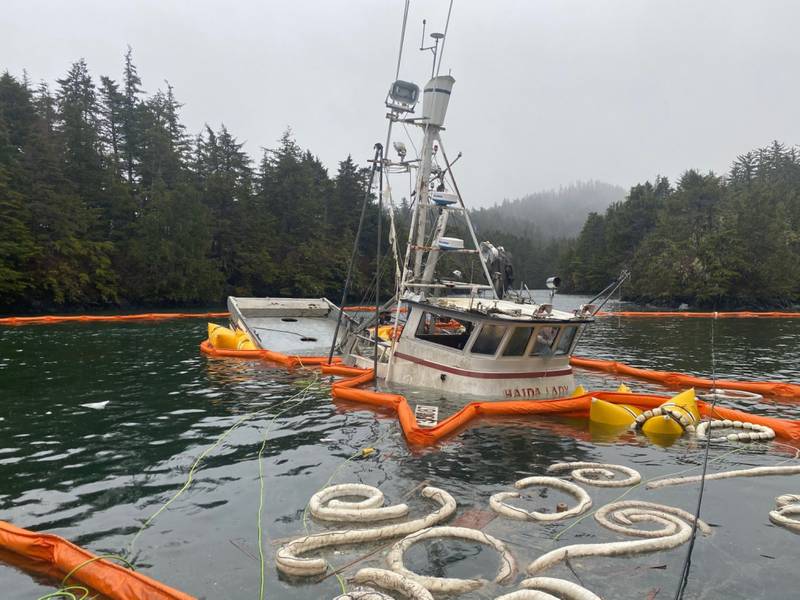