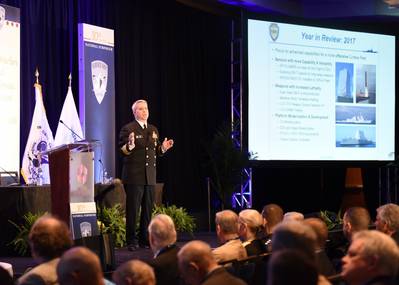 The symposium will feature senior Navy leaders delivering keynote remarks, focused on the theme of “Ready, Agile, Focused: Own the Fight!”

Panels will cover issues such as accelerated and innovative acquisition; crew endurance; building the future force; and maintaining the current force. The commentator’s panel will provide viewpoints from policy experts and the media. Roundtable discussions will be conducted for junior officers, enlisted surface warriors, midshipmen and Coast Guard cuttermen.

As in years past, the International Navies luncheon will feature naval attaches from partner nations. This year will feature the United Kingdom, Canada, Netherlands, Japan and Chile.

The more than 80 companies and organizations will have booths in the exhibit area.