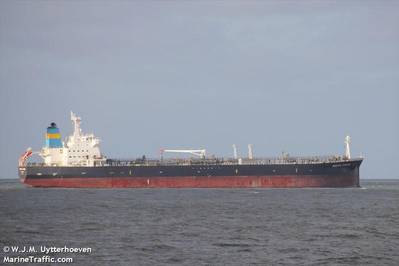 A tanker was hit by a projectile off the coast of Oman on Tuesday, causing minor damage to the hull with no injuries or spillage of the gas oil cargo, Eastern Pacific Shipping, which manages tanker Pacific Zircon, said on Wednesday.

The Singapore-based firm, which is controlled by Israeli billionaire Idan Ofer, said it was investigating the incident which took place approximately 150 miles off the coast of Oman. "All crew are safe and accounted for," it said.

"There is some minor damage to the vessel's hull but no spillage of cargo or water ingress."

The U.S. Navy's Fifth Fleet earlier told Reuters it is aware of an incident in the Gulf of Oman involving a commercial vessel.

Gulf waters have in recent years seen attacks on tankers that have come at times of heightened regional tensions with Iran. In July 2021, a suspected drone attack hit a petroleum product tanker managed by an Israeli firm off Oman's coast. Iran denied accusations it was responsible.

The Associated Press first reported Tuesday's incident, citing a defense official as saying that a Liberian-flagged oil tanker was struck in an exploding drone attack off Oman. According to the shipping tracking site MarineTraffic, the tanker Pacific Zircon was last seen off the coast of Liwa, Oman on Monday morning.

It departed from Sohar, Oman on Monday afternoon, with its destination set as the port of Buenos Aires, Argentina.