Polemis Elected to Stevens Board of Trustees 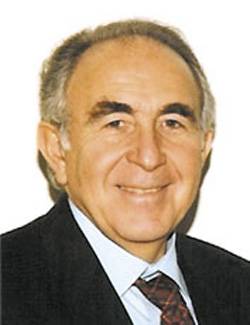 Spyros M. Polemis, an international business leader who has spent more than 45 years in the shipping industry, has been elected to serve on the Stevens Institute of Technology Board of Trustees. Mr. Polemis was named to the board during its spring meeting, May 20-21, 2009. Polemis is a Class of 1961 graduate of Stevens Institute of Technology, where he served as president of Pi Lambda Phi and belonged to the Interfraternity Council and the Yacht Club.

Polemis' family has roots in shipping that date back several centuries. He is chairman and managing director of Seacrest Shipping Co. Ltd, which helps to build, operate, and repair ships ranging from "tween-deckers" to tankers. Polemis also serves as chairman of the International Chamber of Shipping (ICS), the international trade association for merchant ship owners, concerned with all regulatory, operational and legal issues. He is president of its sister organization, the International Shipping Federation, the international employer's organization for the industry that deals with labor affairs and training issues. These organizations represent the collective interests of ship-owner associations from 40 countries, including the United States, most of Europe, Japan and Australia. ICS membership consists of national ship-owners' associations representing more than 70% of the world's merchant fleet, including the International Maritime Organization (IMO) and the U.S. Coast Guard.

Polemis has served as Chairman of INTERCARGO (International Association of Dry Cargo Shipowners), Newcastle P&I and North of England P&I, and as Vice Chairman of the Greek Shipping Cooperation Committee. He is also a member of the Society of Naval Architects and Marine Engineers in the U.S. and has served on the INTERTANKO (International Association of Independent Tank Owners) Board. Born in Greece, and educated in Athens, London and the United States, Polemis is also Archon of the Greek Orthodox Patriarchate of Constantinople, a Freeman of the City of London and a Liveryman of The Worshipful Company of Shipwrights.

In honor of his achievements, the Stevens Alumni Association presented to Mr. Polemis the Stevens Honor Award in 2007.