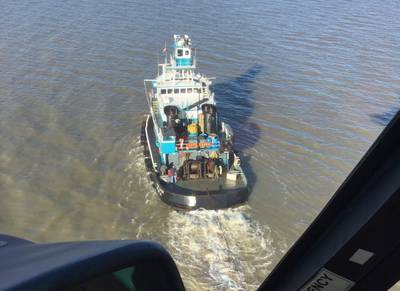 An ailing mariner was medevaced from a U.S.-flagged tug approximately 18 miles southwest of Atchafalaya Bay, off Louisiana, on Wednesday.

Watchstanders directed the launch of a Coast Guard Air Station New Orleans MH-65 Dolphin helicopter crew to assist, and the helicopter crew arrived on scene, safely hoisted the man and took him to Terrebonne Medical Center for further medical care.

The Panama Canal Authority (ACP), which manages the 82 kilometers long Panama Canal that connects the Atlantic Ocean with the Pacific Ocean…