Turkish-owned Ship Hit by Bomb off Coast of Odessa 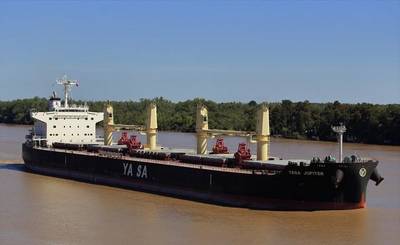 A Turkish-owned ship was hit by a bomb off the coast of Ukraine's port city Odessa on Thursday, Turkey's Maritime General Directorate said, adding there were no casualties and the ship was safely en route into Romanian waters.

Russia on Thursday launched a ground and air offensive into Ukraine.

"Upon information that the Marshall Islands-flagged Turkish-owned Yasa Jupiter ship was struck by a bomb off the coast of Odessa, it was learned that the ship has no request for help, is en route to Romanian waters, has no casualties and is safe," the authority said on Twitter.