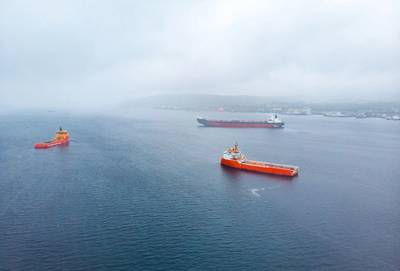 The Trump administration on Tuesday blacklisted six oil tankers involved in the shipment of Venezuelan oil to Cuba, the latest in a series of sanctions aimed at pressuring Havana to abandon its support for socialist Venezuelan President Nicolas Maduro.

Six vessels belonging to state-run oil company Petróleos de Venezuela SA, or PDVSA, were targeted, according to a statement from the U.S. Treasury Department.

"Cuba and the former Maduro regime continue trying to circumvent sanctions by changing the names of vessels and facilitating the movement of oil from Venezuela to Cuba," said Treasury Deputy Secretary Justin Muzinich.

"The United States will continue to take necessary action to protect the people of Venezuela," he added.

The Treasury Department also identified a vessel named Esperanza as property of blacklisted Caroil Transport Marine Ltd and said it was previously designated under the name Nedas.

The United States and more than 50 other countries have recognized Venezuelan opposition leader Juan Guaido as the legitimate president. Guaido invoked the constitution to assume a rival presidency in January, arguing Maduro’s 2018 re-election was a sham.

But Maduro retains the support of the military, runs the government’s day-to-day operations and is backed by Russia, China and Cuba.

Under the latest sanctions, Americans are prohibited from engaging in transactions that involve the blacklisted vessels.