US Coast Guard Upgrading HVAC Systems On Its Icebreaking Tugs 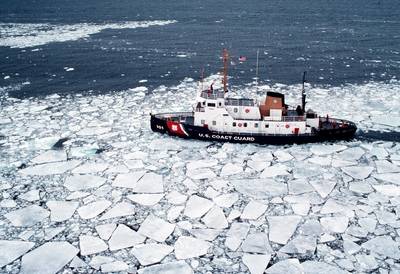 The U.S. Coast Guard said its In-Service Vessel Sustainment (ISVS) Program has passed the halfway point in its effort to upgrade the heating, ventilation and air conditioning (HVAC) systems on the service’s 140-foot bay-class icebreaking tugs.

The HVAC upgrade on Coast Guard Cutter Katmai Bay was completed on June 1—20 days ahead of schedule—in Cheboygan, Mich., near the tug’s homeport of Sault Sainte Marie, Mich.

Katmai Bay is the fifth of the Coast Guard’s nine 140-foot icebreaking tugs to receive the upgrades, either at Coast Guard Yard in Baltimore or at Coast Guard District 9 locations near the vessel’s homeport. District 9 encompasses the five Great Lakes, the Saint Lawrence Seaway and surrounding areas.

Deploying a team of Coast Guard Yard and ISVS Project Resident Office Baltimore staff to District 9 installations results in over a month of increased operational time since the cutters do not have to travel to Baltimore. The HVAC upgrade takes eight weeks to complete whether the work is accomplished at the Yard or by the Yard team at District 9 locations. The Surface Forces Logistics Center Ice Breaker, Buoy and Construction Tender Product Line provides support throughout the HVAC upgrade process.

The HVAC upgrade, which replaces electric heaters with a hot water heating system, will increase the overall heating capacity by 80%, the Coast Guard said. The impacts of this upgrade are clear. Lt. Dan Jones, commanding officer of Coast Guard Cutter Thunder Bay, called the improvements incredible after completing the upgrade process in 2021 and explained, “We have had no issues keeping the ship warm and comfortable for the entire crew. Previous years we had trouble keeping interior temps at or above the design temperature requirements even with [above normal] exterior temperatures.”

Morro Bay is scheduled to be back at its Cleveland homeport later this year. Coast Guard Cutter Bristol Bay will be the next tug to receive the HVAC upgrade, with the work being completed at its Detroit homeport.