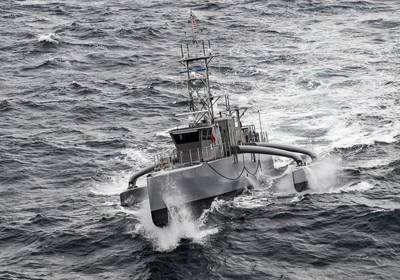 The U.S. Navy sees its future fleet comprised of more than 350 manned ships and about 150 unmanned ships hoping technology means lower operating costs as it prepares to counter a growing Chinese fleet, according to a Navy report released Tuesday.

The plan for the 2040s and beyond underscored "the need to address long-term competition with China and sustain military advantage against Russia". It forecasts fleet numbers up slightly from a 2021 Navy long-range shipbuilding plan which had a range of 321 to 372 manned ships and 77 to 140 large unmanned vessels.

Huntington Ingalls Industries Inc and General Dynamics Corp are the largest shipbuilders in the United States with other weapons makers like Boeing Co working on unmanned ships programs.

Today the Navy has 298 ships in its "battle force" which ignores scores of resupply and logistics ships.

The U.S. Congress is working to add ships to the Navy's fleet.