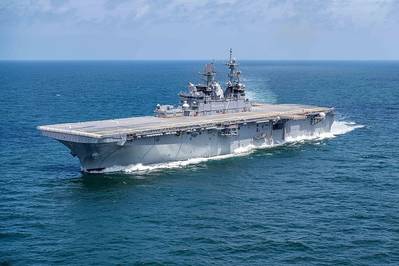 Amphibious assault ships project power and maintain presence by serving as the cornerstone of the amphibious ready group or expeditionary strike group. These ships transport elements of the Marine expeditionary unit or Marine expeditionary brigade with a combination of aircraft and landing craft. Optimized for aviation capability, Tripoli will enhance Marine Corps aviation with an enlarged hangar deck, greater maintenance capability, and JP-5 fuel capacity.

Ingalls is currently the sole builder of large-deck amphibious ships for the Navy. America-class ships are designed to enhance Marine Corps aviation, capable of supporting the tilt-rotor MV-22 and F-35B Joint Strike Fighter. When Tripoli enters the fleet, it will be the flagship of an Amphibious Ready Group, strategically positioning Marine Expeditionary Units ashore across a full spectrum of missions, including humanitarian, disaster relief, maritime security, antipiracy and other operations while providing air support for ground forces.

“The LHA team is proud to witness the delivery of the 15th large-deck amphibious ship built at Ingalls,” said Bryan Williams, LHA 7 program manager. “The completion of the Tripoli is a great complement to our longstanding legacy of building state-of-the-art warships.”

"On behalf of the entire team, I am grateful to take delivery of this versatile warfighting asset," said Tom Rivers, amphibious warfare program manager for Program Executive Office (PEO) Ships. "The Navy and industry team has worked persistently to deliver this platform, ready to integrate the Marine Corps air combat element, including the Joint Strike Fighter, to our combatant commanders." 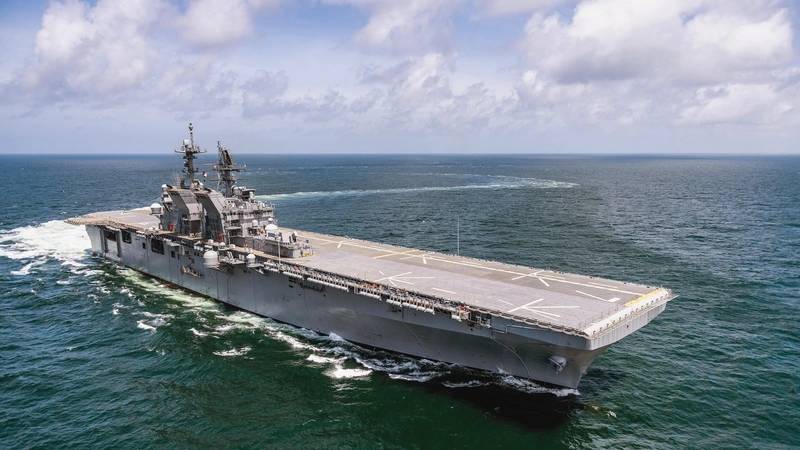 LHA 7 incorporates the fuel efficient gas turbine propulsion plant, zonal electrical distribution, and electric auxiliary systems first installed on USS Makin Island (LHD 8). LHA 7 will be 844 feet in length, will have a displacement of approximately 44,971 long tons, and is capable of operating at speeds of over 20 knots.

"Shipbuilding is a team sport, and LHA 7 is no exception," said the Supervisor of Shipbuilding, Conversion and Repair Gulf Coast, Capt. Nathan Schneider. "LHA 7 represents the culmination of significant work effort by shipbuilders here at Ingalls Shipbuilding in Pascagoula, suppliers around the nation, and government stakeholders both here in Pascagoula, as well as Naval Sea Systems Command and the Program Executive Office for Ships in Washington, D.C., along with the warfare centers around the country. SUPSHIP Gulf Coast is proud to be a part of the team that is delivering this great asset to the Navy and Marine Corps warfighters."

With Tripoli delivered, the ship will focus on moving crew aboard and preparing for commissioning and sailaway later this year.

Tripoli is the third ship to bear the name that commemorates the capture of Derna in 1805 by a small force of Marines and nearly 370 soldiers from 11 other nations. The battle, memorialized in the Marines’ Hymn with the line, “to the shores of Tripoli,” brought about a successful conclusion to the combined operations of the First Barbary War.

“Thousands of shipbuilders worked tirelessly to ensure the successful delivery of this highly-capable warship,” Ingalls Shipbuilding President Brian Cuccias said. “We are pleased to continue working closely with the Navy to deliver exceptional ships using the highest safety and quality standards.”