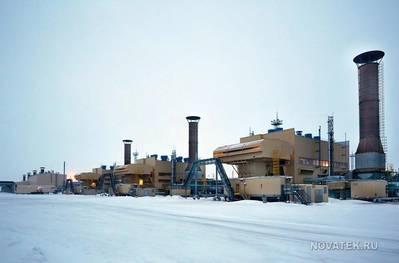 PAO Novatek announced that cumulative production at the Yarudeyskoye field owned by the Company’s subsidiary Yargeo, reached a milestone of 10 million tons of crude oil production since the commencement of operations.

The field’s commercial production commenced in December 2015, and by January 2016, the field reached its full productive capacity, said a press release from the Russia's largest independent natural gas producer.

The Yarudeyskoye field is the largest crude oil asset in the Company’s portfolio, and is characterized by unique geology, which combined with the application of state-of-the-art drilling and completion technologies allowed us to achieve the average production flow rate of more than 350 tons per day per well.

The field’s average flow rate is one of the highest production output amongst fields producing in Western Siberia.

The field’s production complexity is characterized with high paraffin content (up to 17%) and a high pour point (about +15 °C).

Novatek's specialists, together with Russian design organizations and research institutes, developed technological solutions that made it possible to optimize the field’s crude oil output and reach its design capacity in minimal time.

PAO Novatek is a natural gas producers in Russia, and in 2017, entered the global gas market by successfully launching the Yamal LNG project. Founded in 1994, the Company is engaged in the exploration, production, processing and marketing of natural gas and liquid hydrocarbons.