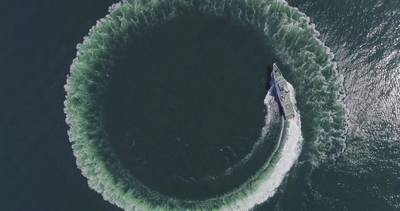 Delivered to Shenzhen Maritime Safety Administration (MSA) by Huangpu Wenchong Shipbuilding, the 78-meter-long vessel Shenhai 01 will be deployed to provide emergency responses at sea and carry out rescue operations. It can be fully powered by batteries for up to three hours of operations.

Alf Kåre Ådnanes, General Manager of ABB Marine & Ports China, said ABB worked with the shipowner and shipyard from the drawing board all the way to delivery, and that the project marks the first delivery of ABB’s energy storage system in China.

The power setup will be controlled by ABB’s integrated Power and Energy Management System (PEMS), which will optimize the energy use on board. The system controls three sets of diesel generators and two sets of lithium batteries with total capacity of 1680kWh. The PEMS system not only increases vessel power plant performance and diesel engine efficiency, but also supports zero-emission operations in the fully electric mode, ABB said.

The vessel is powered by twin Azipod electric propulsion units with a combined power of 6 megawatts. Azipod units can rotate 360 degrees to increase maneuverability and operating efficiency, with the ability to cut fuel consumption by up to 20% compared to traditional shaftline propulsion systems. ABB’s scope of supply also includes the remote control system for maneuvering the Azipod units from the bridge.

Shenhai 01’s operations will be remotely monitored and supported by ABB’s global network of ABB Ability Collaborative Operations Centers. According to ABB, remote support and connectivity, together with advanced data analytics enabled by the ABB Ability Remote Diagnostics System, will further enhance the vessel’s operational safety and ensure optimal performance, while helping to promptly detect and correct faults on board.