The third edition of the Asian Marine Casualty Forum (AMCF) concluded with delegates calling for greater cooperation and continuing dialogue to address the major challenges now facing the marine casualty and salvage industry.

Following the unprecedented success of the Forum last week, the organisers LOC, hope the AMCF will return for a fourth edition of the conference during Singapore Maritime Week in April 2021.

Highlights of the final day on Friday 12th of AMCF 2019 included a session on bribery and corruption, wrecks and the environment and container ship casualties, with delegates hearing from world leading industry specialists and participating in lively panel debates.

The work and objectives of the Maritime Anti-Corruption Network (MACN) drew particular attention with some attending key response organisations expressing an interest to become members. A panel debate on the challenges faced in the industry from bribery & corruption heard that many were now adopting a “stand firm” policy against those demanding reward to perform their rightful duties.

There was an engaging spotlight on wrecks and the environment and delegates heard about the environmental and liability issues arising from the Shen Neng 1 casualty in the Great Barrier Reef Marine Park.

They were then treated to a fascinating case study of the oil removal from the 1985 wreck of Manolis L off the coast of Newfoundland in almost zero temperature using ROVs and purpose designed tools for hot tapping.

The question was asked if this might see the end of diver intervention when such technology is available. Finally, spill response was addressed in the context of the media and delegates received invaluable advice on how the media in all its forms has an impact.

With the spate of container ship fires over recent months, the session on managing container ship fires, followed by a panel debate on their causes and consequences, was timely. The many challenges were highlighted and delegates heard an impressive description of an all-embracing Crisis Management Plan to meet these challenges when such casualties occur.

Suggestions for reducing the risk of fires were made and debated and container ship design was questioned. Given the constant problem of mis-declared cargoes and fires caused as a consequence, criminal prosecution, even corporate manslaughter where loss of life was concerned, was proposed as the appropriate deterrent.

Finally, distressed cargo from container ship fires was discussed with terminal storage space highlighted as a major consideration. Delegates saw dramatic examples of fire damage and the handling of damaged containers and cargoes. The impact on local communities from major casualties was addressed with examples from New Zealand and Pacific islands. The need to understand the local customs and cultures together with clear and fluent communications between parties was underlined.

Staying Vigilant On and Beneath the Waterline

The ocean is a very large and increasingly congested place. More and more shipping and industry is using it. But the risks hidden below the waterline… 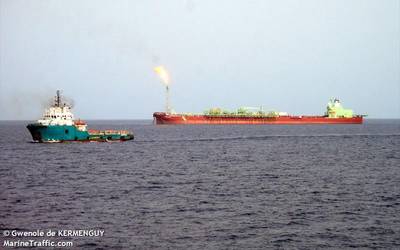