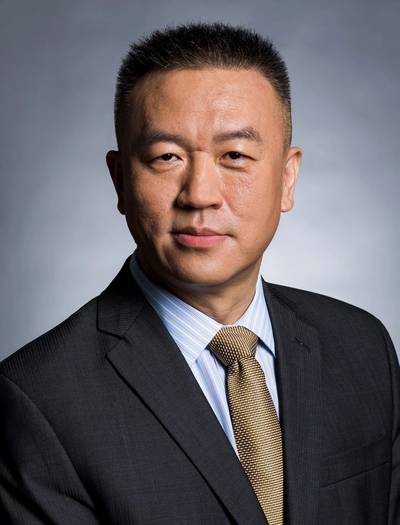 25-year veteran Chinese executive charged with overseeing Carnival Corporation’s presence in China and facilitating the company’s long-term growth plans for cruising in the region
Carnival Corporation & plc today announced that Roger Chen has been appointed chairman in China, effective January 1, 2016. A native of China, Chen will be based in Shanghai and lead all government relations and port development, while also supporting the company’s joint ventures in China. In this new role, Chen will have responsibility for representing all of Carnival Corporation’s brands in China to continue growing the company’s presence and scale in the region.
Chen will report directly to Alan Buckelew, chief operations officer for Carnival Corporation, who relocated to Shanghai in 2014 to oversee operations in China. Buckelew will continue to provide strategic leadership to drive the company’s long-term growth plans in Asia. Michael Ungerer, recently named chief operations officer-shared services for Carnival Asia, continues in his strategic role to support growth across the brands in Asia, reporting to Michael Thamm, CEO of Costa Group, with a dotted-line to Chen.
Chen’s background includes expertise in corporate and government affairs, and in-depth knowledge of the Chinese government’s policies and operations. Chen’s experience includes several senior positions where he led strategic efforts in China for major multi-national corporations, including General Electric, Microsoft, Volvo Group and Alcatel. Most recently, Chen served as China president for Volvo Group, representing the company’s interests across all business groups in China.
With the appointments of Roger Chen and Michael Ungerer, Carnival Corporation continues to bolster its Asia leadership team, which already includes Buhdy Bok, president of Costa Asia and Anthony Kaufman, executive vice president, international operations for Princess Cruises. Among their overall responsibilities, Bok and Kaufman oversee operations in China for their respective brands, which currently anchor Carnival Corporation’s presence in China with four total ships.
In 2016, Costa and Princess will again expand with each brand adding a ship to its fleet in China, representing a 58 percent increase in capacity in China in 2016, and making Carnival Corporation the first global cruise company with six total ships based in China later this year.
Additionally, the company has announced plans to operate two additional cruise brands in China in 2017. Carnival Cruise Line and AIDA Cruises will join Costa Cruises and Princess Cruises in the Chinese market in 2017, making Carnival Corporation the first company to operate four cruise brands in China. In December, the company announced it will build two new 135,500-ton ships with Italian-shipbuilder Fincantieri S.p.A. for Costa Asia for deployment in China by 2020.