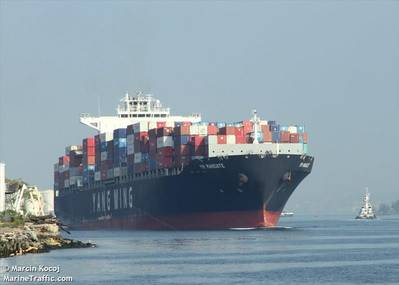 A containership with a visible crack in its hull is leaking fuel oil at the Global Container Terminal in Bayonne, N.J., the U.S. Coast Guard said Tuesday.

The amount of fuel oil spilled is unknown, but all product is currently contained within the boom, absorbent pads and skimmer system deployed around the 2010-built box ship, the Coast Guard said.

Contracted skimming vessels are working to remove oil from the water while fuel oil is being transferred internally from the affected tank, which has 462,297 gallon capacity.