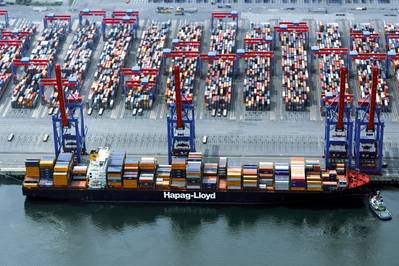 The German shipping line Hapag Lloyd said on Sunday it had evacuated the crew from its container ship, the Yantian Express, off Canada's east coast after a fire spread.

"Due to bad weather conditions, the fire has not been successfully contained yet and has significantly increased in intensity at times," the firm said in a statement on Sunday.

"For this reason, a decision was made to evacuate the crew. The complete crew is unharmed."

Hapag Lloyd had said on Friday that it was trying to extinguish the fire.