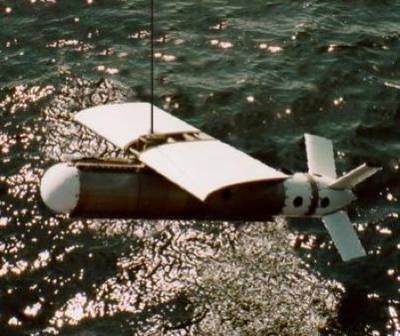 The Aurora towfish will include modifications to integrate new sensors and navigation equipment, including an L3 Klein sidescan sonar, and an R2Sonic bathymetric multibeam echosounder. The modular design of the vehicle makes it a simple matter to exchange sonar payloads.

The Aurora towfish has been proven as a viable component of the Royal Canadian Navy’s Route Survey strategy. In conjunction with the Dorado Semi-submersible Technical Demonstrator, Aurora has been used in many sea trials, demonstrations and evaluations since 1999.

Further capabilities of Aurora were demonstrated during an evaluation in Esquimalt January 2008. There, Aurora was integrated and tested with the HMCS WhiteHorse Route Survey System Payload.

International Submarine Engineering Ltd. ISE was formed in 1974 to design and build underwater vehicles. Based just outside Vancouver, Canada, ISE has delivered 240 vehicles and over 400 robotic manipulators to more than 20 countries around the world.