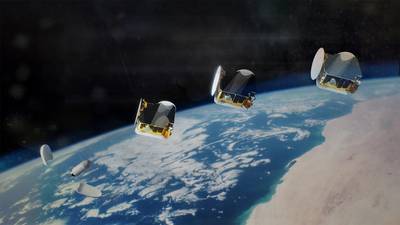 For many, the lasting consequence of COVID-19 may be the upheaval it brought to the familiar rhythms of daily life. Thankfully the internet enabled a semblance of routine activity to continue, as they worked from home while their children attended digital classrooms.

The outbreak forced us to work together yet apart through video conferencing and collaborative online platforms; and to use remote monitoring data to ensure supply chains continued to function. This enforced pivot to digitalization may well bring fundamental changes in the way many businesses – including those in maritime sector – operate and serve as a catalyst for accelerating a transition that was already gaining momentum.

Already, the technological barriers that once prevented vessel operators from utilizing digital solutions have mostly fallen away. The 2016 launch of Fleet Xpress by Inmarsat marked a turning point by making affordable, reliable, high-throughput broadband a reality for the shipping industry on a global scale. Since its introduction, Inmarsat has seen average data consumption of a merchant ship rise exponentially, reaching 270 GB per month in mid-2019 compared to 5 GB five years ago. Growth rates in segments like offshore have been even greater. The satellite operator is now using its own Digital Index to keep track and analyze trends in data usage at sea over a two-year period by Fleet Xpress users across 8,500 ships. The data can be broken down by multiple parameters including by month, vessel age and type, route, etc.

In addition to improving crew welfare, connectivity comparable in performance to Internet services provided on land has reduced the pressure on shipping companies to send IT staff to visit vessels in person for routine maintenance of onboard digital infrastructure, according to Mark Warner, Inmarsat Maritime Marketing & PR Director. Software can be regularly updated, synched and backed up, and troubleshooting used for any faults in the ship’s local network.

“A dependable, always-on ship/shore connection also means that applications no longer have to be installed locally on each individual vessel,” says Warner. “Instead, they can be hosted on the web and accessed remotely via Fleet Xpress, which simplifies and dramatically reduces deployment costs, ensures consistency of operation across the fleet, and allows continual, incremental upgrades.”

The transition to cloud-based operation also opens the door to a broader range of participants. The globally dispersed maritime industry plays host to a complex value chain. In the analogue era, it was hard for stakeholders to connect with one another and work in unison, says Warner. “Digitalization eliminates distance and fragmentation, and creates opportunities for greater participation, collaboration, and above all innovation.”

Trade 2.0, a 60-page study commissioned and published by Inmarsat last year authored by Nick Chubb and Leonardo Zangrando, profiles the rise of the maritime digital start-up and finds that innovation is flourishing. In April this year, the same authors completed ‘A quiet revolution - the maritime innovation ecosystem in Japan’, the first of a series of in-depth Inmarsat-sponsored profiles of maritime technology and start-ups in specific countries. Here, Chubb and Zangrando again found vibrant innovation but a start-up component still at an early stage of development.

Nevertheless, the new report highlighted how partnerships of all sorts are driving the maritime sector’s digital revolution. In this context, Inmarsat is supporting several initiatives spearheaded by the venture development firm Rainmaking aimed at incubating new talent through hubs in established maritime centres. Its Trade & Transport Impact (TTI) program provides a framework for bringing start-ups together with backers with maritime experience and expertise to tackle old challenges and discover new efficiencies. To date in Europe, 1,200+ start-ups having been scouted, leading to 24 collaboration projects. In April this year, a second TTI initiative was launched in Singapore, in the shape of the ‘Decarbonizing Shipping’ program for start-ups.

“In the past our focus was increasing connectivity at sea – getting ships online with high-speed, high capacity broadband,” Warner explains. “Today, we have five Ka-band satellites in orbit delivering Fleet Xpress and seven more in the pipeline, which will be capable of meeting forecast growth in data utilization.”

Fleet Data automatically extracts data from onboard sensors and uploads it to a secure central cloud-based database for easy access with no additional airtime cost. By removing the burden of building expensive interfaces to the voyage data recorder (VDR) and other ship systems, it smooths the path for accelerated take up.

Once data has been siphoned off the ship, Fleet Data stores it in a secure database online rather than transmitting it across to a vessel owner’s internal IT system. This was a design choice to make data more accessible to third-party application providers and avoid wasteful duplication of effort.

“The vessel owner retains overall ownership and can grant access to individual data streams to applications according to need,” explains Warner. 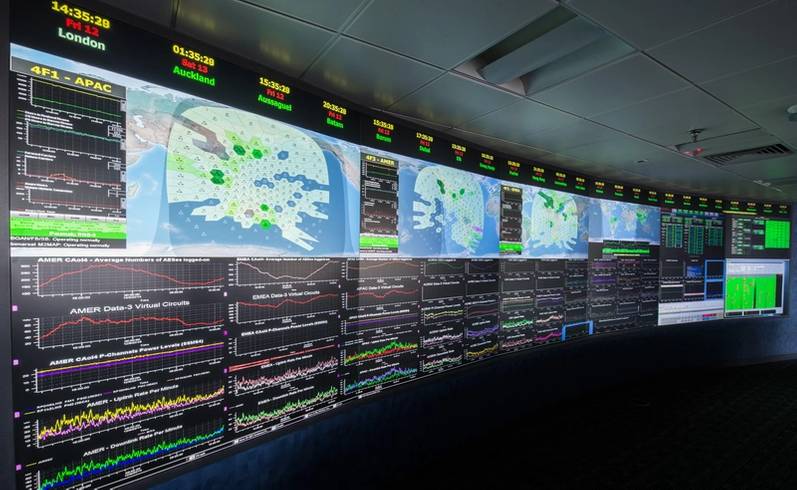 Fleet Data is especially well positioned to address one obstacle to the advance of maritime digitalization identified early by Inmarsat. In the run up to launching Fleet Data, an Inmarsat a survey of 125 owners found 51% identifying an inability to get data off ships in real-time as their stumbling block to IoT adoption.

The same survey indicated that there was certainly no lack of appetite for IoT-based solutions. Of those surveyed, the average shipowner planned to invest in the region of $2.5 million in IoT over the following three years. The overwhelming driver was to realize cost-savings through using the technology for closer monitoring of fuel consumption and energy management. Detailed monitoring will become increasingly necessary in order to demonstrate compliance with emission regulations, says Warner.

“There was also an acknowledgement of the broader possibilities, such as the delivery of personalized training for crew, enhancing safety and onboard security, remote monitoring and operation of equipment, and cargo management,” he adds. Some owners noted the potential for leveraging data to increase transparency and strengthen relationships with their customers – charterers or cargo owners.

“This open platform architecture means owners are relieved of setting up and maintaining their own database systems and avoid getting locked into a proprietary platform. Meanwhile, application providers don’t have to worry about installing hardware onboard to transfer data to and from vessels. Where closed platforms discourage sharing by design, open platforms are built for scalability.”

As a digital enabler, Fleet Data can support a myriad of applications so it is no coincidence that Inmarsat has already signed agreements with maritime technology majors such as ABB Marine & Ports and Hyundai Global Services, as well as start-ups intending to shake up the industry.

Alongside its efforts to nurture start-ups, Inmarsat is also supporting industry initiatives aimed at establishing industry-wide data standards, including the One Sea autonomous ship industry alliance.

“Conversations don’t go far if everyone is speaking a different language,” Warner observes. “The same goes for data – and is particularly important for making the most of Big Data analytics and machine learning systems, which rely on large data sets often pooled from multiple sources.”