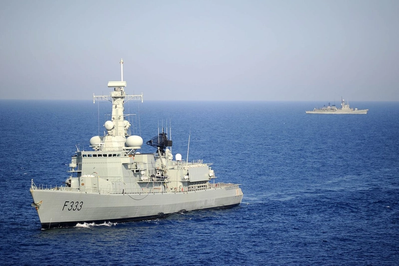 The Defense Materiel Organization (DMO), part of the Dutch Ministry of Defense, has contracted Alewijnse Marine to participate in the mid-life upgrade of N.R.P. Bartolomeu Dias (F333) and N.R.P. Don Francisco de Almeida (F334). Originally built for the Royal Netherlands Navy (RNLN) in the early 1990s, the two Multipurpose (M) frigates were sold to the Portuguese Navy in 2006.

Alewijnse has been contracted for the design, construction, assembly and commissioning of the multi-function consoles, the auxiliary control units of the command center (CoCe) and a completely new Radio Room Console (RRC).

Alewijnse project manager Reinoud van Kralingen comments on the multifunction consoles (MFCs): “The MFCs replace the General Operating Stations (GOS) in the command center (CoCe). The CoCe is the operational heart of the ship. Here, all sensor data is presented and analyzed and, among other things, the decision can be taken to switch to weapons deployment. The new MFCs are more versatile and user-friendly than the old GOS, which greatly increases the effectiveness of the operators. With a view to redundancy, the basic design of the MFCs is kept as uniform as possible, so that an operator can easily change the console in the case of a defect."

In addition, Alewijnse will carry out various assessments before officially delivering the consoles, such as intensive simulations for shock and heat resistance and various test runs during the site acceptance tests. The refit works will take place at the RNLN shipyard in Den Helder after which Alewijnse will undertake the installation, commissioning and acceptance tests.

Life extension
The frigates will celebrate their twenty-fifth birthdays in 2019 and renovations are now necessary for the vessels to continue in active service into 2035. The Portuguese Navy agreed to these major maintenance works taking place in Den Helder as, with both vessels having been built in the Netherlands, all the necessary expertise and facilities for such a complex project are readily available in the Den Helder yard.

A trusted partner
DMO selected Alewijnse for the project based on its successful delivery of the command center consoles on board four Dutch and Belgian M-frigates between 2010 and 2014. In addition, Alewijnse and the RNLN have worked together successfully for many years on various naval vessels, including the support vessel Zr. Ms. Pelikaan (A804), Joint Support Ship (JSS) HNLMS Karel Doorman, the four Holland-Class Oceangoing Patrol Vessels and the amphibious transport ships HNLMS Johan de Witt and HNLMS Rotterdam. Since 2016, Alewijnse has maintained its own service hub in Den Helder dedicated to delivering quick and efficient electrical services to naval vessels docked at the RNLN dockyard.