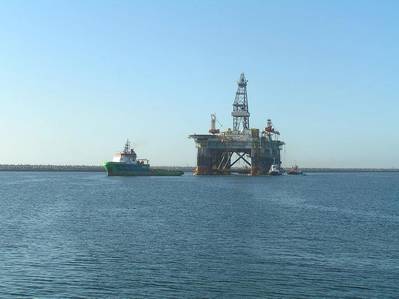 Before the departure off Limasol, Cyprus, both Fairmount tugs performed anchor handling work for the rig. On request of its owners cargo and crew runs were done during a stop off Las Palmas and a bunker stop was made at Port Nqgura, South Africa. Transit speeds up to 9 knots were reached during part of the voyage.

The ENSCO 5006 is a semisubmersible drilling rig, capable for drilling operations up to 7,600 meters. The 1999-built rig is owned by Scottish ENSCO Plc.