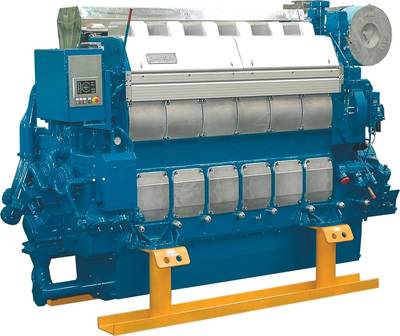 Wartsila cited tight competition in the energy markets and overcapacity of ships. However, the company repeated its full-year profitability outlook, surprising analysts. Second-quarter adjusted earnings before interest and tax (EBIT) was 122 million euros ($134.4 million) versus forecast of 138 million euros in Reuters poll.

Wartsila expects 2016 net sales to increase by 0-5 percent and profitability to be 12.5-13.0 percent. Analysts had on average expected a full-year operating margin of 12.3 percent. CEO Jaakko Eskola said he expects power plant deliveries to be concentrated towards the end of year while the outlook for shipping and shipbuilding markets remained challenging.

"There's usually quite a lot of fluctuation between Wartsila's quarters, so the repetition of their full-year guidance is more important than the quarterly result. If it materialises, it means a very strong second half of the year," said OP Equities analyst Pekka Spolander, who has a "reduce" rating on the stock.