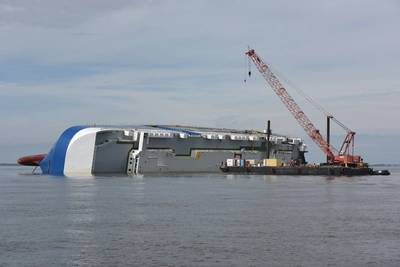 Operations to remove the overturned car carrier Golden Ray in St. Simons Sound, Ga. are facing further delays after new engineering challenges surfaced relating to the mooring system of a specialized heavy-lift crane vessel that will be used for the project.

The complex salvage project had been paused earlier this year due to coronavirus concerns and Hurricane Isaias, and now the cutting and lifting operations will be pushed back several weeks to allow engineers to modify the VB-10,000 mooring system after it failed to meet test requirements.

The response team's engineers had designed an array of five anchors that accounted for multiple challenging variables such as extreme currents in the sound, restrictions to movement due to the environmental protection barrier (EPB) and proximity to the shipping channel. After successfully installing and pull-testing four anchors, the remaining anchor at the most challenging mooring site in the system did not meet its pull-test requirements.

The Unified Command (UC) said it is reviewing multiple options for a revised anchor system and will make a decision that ensures the safety of responders and the public, safeguards the surrounding environment as well as provides for the continuation of commerce in the port. 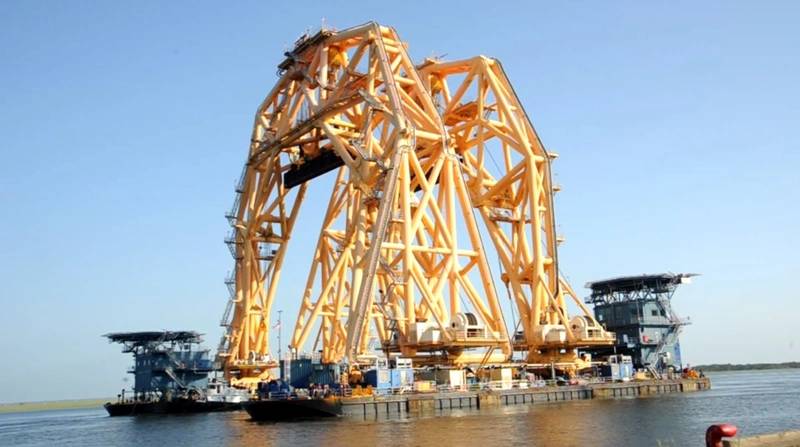 The Marshall-Islands-flagged roll-on, roll-off vessel Golden Ray has been aground on its side outside the nation's second largest car carrier port since it capsized shortly after leaving the Port of Brunswick en route to Baltimore in September 2019. The cause of the incident is under investigation.

The Golden Ray wreck remains stable and is monitored continuously by sensors and during hydrographic surveys around the EPB. An environmental unit conducts shoreline assessments throughout the week and pollution response teams continue to monitor the wreck site. No emergent environmental impacts have been observed.

Approximately 400 personnel and 50 on-water assets including tugs, barges and response vessels continue preparations to cut and lift the wreck.

The Korean-owned Golden Ray will need to be dismantled in place and removed in pieces because the vessel, in its current position and condition, is not able to support the stress exerted on the hull and keel during parbuckling operations. Salvors have installed 16 lifting lugs on the wreck to provide connection points for the VB-10,000 lifting operations.

The VB-10,000's two 255-foot tall gantries will use lengths of chain to cut the capsized RoRo vessel into eight pieces and lift them onto barges for eventual transportation to Louisiana for recycling.

Carnival Corp said on Friday cruise bookings for the second half of 2022 were ahead of pre-pandemic levels, in a sign the…