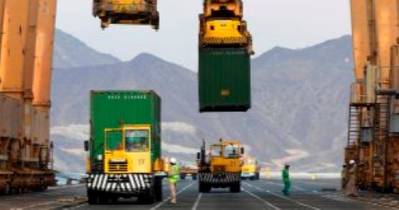 He says Khorfakkan Container Terminal (KCT) has topped industry productivity rankings for the past five years, and that both it and Mina Khalid are used as industry benchmarks by shipping lines. The UAE's largest private port operator has dramatic plans, which could "virtually double the size" of the company Richards believes.

"When I took over the reins of the company, I asked our shareholders permission to expand internationally on the basis that because of our reputation we were getting so many invitations from so many government organizations, port authorities and commercial partners the world over who were saying 'we have heard about you and our port is in need of an uplift, an expansion, an improvement and we would like to bring you on board to do it'," Peter Richards explains.

Under his leadership since 2006, Gulftainer has diversified from simply a port operator to a fully comprehensive logistics supplier. During his tenure Richards has expanded Gulftainer’s global footprint into Europe, Russia and the South Americas.