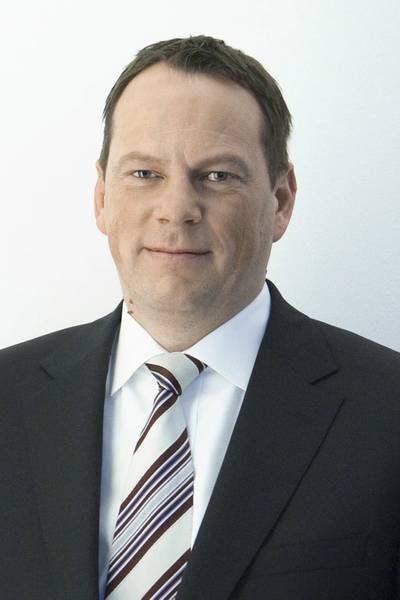 Hapag-Lloyd CFO Peter Ganz steps down from position; CSAV CFO Nicolas Burr appointed his successor
Peter Ganz will step down from his position as company CFO effective April 1, 2015, also leaving the company on the same day, as announced during today’s meeting of Hapag-Lloyd’s Supervisory Board. The Supervisory Board has given its approval.
The change on the Executive Board comes following an agreement between shareholders stipulating that CSAV, as the new largest shareholder in Hapag-Lloyd, has the right to nominate an individual of its choice to assume the position of CFO.
“We owe Peter Ganz a great debt of gratitude – in a situation that has not been easy for him – not only for seeing the merger of Hapag-Lloyd and CSAV through to the closing, but also for being willing to complete the annual financial statements,” said Michael Behrendt, Chairman of the Supervisory Board of Hapag-Lloyd AG. “During his six-year tenure as CFO, Peter Ganz made a decisive contribution to securing and strengthening Hapag-Lloyd’s future viability and competitiveness. Particularly during the financial and shipping crisis of 2009, Peter Ganz initially played a crucial role in the restructuring and refinancing of Hapag-Lloyd. Thereafter, he laid the groundwork for gaining access to capital markets and ensuring that Hapag-Lloyd had the financing it needed for growth. Furthermore, with great personal dedication, he contributed significantly to the successful merger of Hapag-Lloyd and CSAV.”
As his successor, the Supervisory Board selected Nicolas Burr. The 39-year-old native of Chile was the CFO of CSAV from 2012 to 2015, based in Santiago de Chile. He had previously held management positions at a number of companies in Santiago, Buenos Aires and Wilmington (USA). After studying engineering, he earned an MBA at MIT in Cambridge (USA).
“With Nicolas Burr we have been able to obtain an outstanding leader for Hapag-Lloyd. The Supervisory Board is convinced that the Executive Board is superbly positioned to jointly tackle the range of challenges facing Hapag-Lloyd,” Behrendt said.