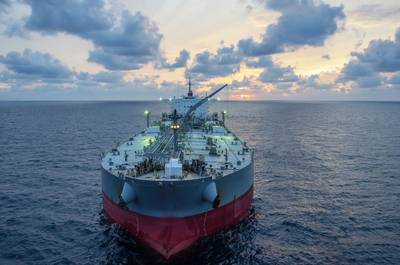 Crude exports from the Louisiana Offshore Oil Port (LOOP) are hitting a record high even as U.S. crude exports have fallen as the coronavirus pandemic has chopped worldwide fuel demand.

Oil majors Royal Dutch Shell Plc and BP Plc are the main winners from rising LOOP exports, because they pump most of the mid-sour crude exported from the terminal.

LOOP largely ships out Mars crude, a medium-sour grade of oil produced from the Mars platform, a joint venture of majority-owner Shell and BP, located about 130 miles (210 km) off the coast of New Orleans. Shell declined comment, while BP did not respond to a request for comment.

Refiners on the U.S. Gulf Coast that process Mars have cut refining runs by more than 20%, according to U.S. Energy Information Administration data. Refineries worldwide have cut output to match the sharp fall in demand caused by coronavirus lockdowns. Demand in top consumer the United States is down 12% so far this year versus last year.

Those Mars barrels are instead going to Asia, where refiners that normally process high volumes of similar Middle Eastern crude need to replace oil that OPEC is no longer supplying under record supply cuts that started in April.

LOOP exports quadrupled to 420,345 barrels per day (bpd) by June 26, the latest available date, from 102,209 bpd in February, according to data from energy markets data company Genscape. U.S. crude exports from other terminals declined 21% over the same period to 2.31 million bpd, Genscape said.

The decline in exports and rising imports have left U.S. crude inventories near all-time records. The novel coronavirus has killed more than 125,000 people in the United States, and cut U.S. gasoline demand by 16%, causing stocks to balloon.

The inventories have been bolstered by the recent arrival of shipments booked from Saudi Arabia in early March, before big oil producers started cutting output supply. The voyage can take up to seven weeks, so crude continued to arrive long after OPEC's supply cuts.

U.S. imports of Saudi oil averaged more than 1 million barrels a day for five straight weeks between mid-May and mid-June, the first time that has happened since 2017, according to EIA figures.

Meanwhile, since the Organization of the Petroleum Exporting Countries started cutting supply in April, buyers in China and India have looked elsewhere for medium-sour crudes. The June LOOP export figures reflect shipments that may not have reached Asian ports yet.

Most Asian ports offload from very large crude carriers, or VLCCs, which can carry up to 2 million barrels of crude. LOOP is the only U.S. port that currently fully loads those carriers.

"Of the exports loaded from LOOP this year, virtually all are heading to Asia," said Matt Smith, director of commodity research at commodity analytics firm ClipperData.