GasLog, an international owner, operator and manager of liquefied natural gas (LNG) carriers, is predicting a tighter LNG shipping market, as increasing United States LNG output combines with a seasonal uptick in demand for gas, resulting in rising demand for shipping and higher utilization of the global fleet.These underlying trends in the LNG commodity and shipping markets point towards a structurally tighter market through 2020 and into 2021.As of October 28, 2019, the LNG fleet and orderbook (excluding floating storage and regasification units (FSRUs) and vessels with capacity below 100…

Ports of Stockholm has been nominated as a finalist for the 2019 C40 Cities Bloomberg Philanthropies Award. The prize is awarded in seven categories to provide global recognition for cities demonstrating climate action leadership.Ports of Stockholm has reached the final for the power installations at the Värtahamnen port as one of three nominees in the Air quality category.“It is really great that we have reached the final, as our power installations have been a focus area this year.

American multinational energy corporation Chevron is working on integrating the hydrocarbon exploration company Anadarko Petroleum, even as it faces a higher rival takeover bid for the oil explorer from Occidental Petroleum Corp, said a report in Bloomberg.However, it is becoming increasingly difficult for Anadarko to justify sticking with Chevron's$30.9 billion takeover as its shares gain following Occidental Petroleum higher offer."The bidding war is breaking out over Anadarko… 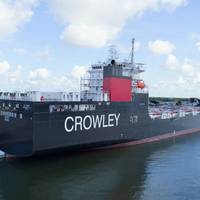 President Donald Trump is set to meet with Republican senators on Wednesday over a proposal to waive rules that only U.S.-flagged ships can move natural gas from American ports to Puerto Rico and the U.S. Northeast.The nearly 100-year-old Jones Act mandates the use of U.S.-flagged vessels to transport merchandise between U.S. coasts. Bloomberg News reported last week the administration was seriously considering waiving the requirements for some energy shipments and that Trump…

A Republican U.S. senator on Wednesday said President Donald Trump will not waive rules requiring that only U.S.-flagged ships move natural gas from American ports to Puerto Rico and the U.S. Northeast.The nearly 100-year-old Jones Act mandates the use of U.S.-flagged vessels to transport merchandise between U.S. coasts. Republican senators said the administration was seriously considering waiving the requirements for 10 years. Bloomberg News reported last week that Trump was leaning in favor of some kind of waiver.Senator Bill Cassidy, a Louisiana Republican, told reporters on a conference call that Trump told Republican lawmakers he would not support a waiver. 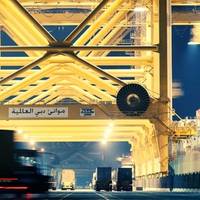 The world’s largest port operator DP World is in advanced discussions to acquire Topaz Energy & Marine, marking the Dubai-based company's first potential foray into the oil and gas industry.Britain’s Sky News, citing sources, earlier reported that a $1.3 billion deal for DP World to take over Topaz could be announced as early as Monday. The report didn't specify whether the valuation was referring to the equity or enterprise value of the transaction.However, Bloomberg reported that the port operator is in “very advanced” discussions to acquire Topaz Energy. 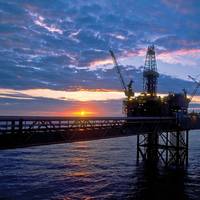 Britain's richest man Jim Ratcliffe's oil and gas company Ineos Group Holdings is in exclusive talks with ConocoPhillips to buy North Sea oil and gas fields worth $3 billion from the U.S. energy company.Various news paper reports say that British petrochemicals company has confirmed it is negotiating to buy several North Sea oil fields from U.S. energy giant.The Sunday Times, which first reported the story, said that the period is said to be set to three months after the entity registered in Switzerland agreed to pay a "substantial" deposit.Accoding to the Financial Times… 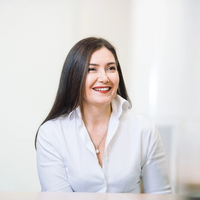 The UK Hydrographic Office (UKHO) has announced the appointment of Cathrine Armour as the new Director of its Customer Division.Armour brings experience in leading data, science and technology-centric organizations, and will be instrumental in developing the UKHO as a leading marine geospatial information agency and hydrographic office.Armour joins the UKHO from Catapult’s South West Center of Excellence in Satellite Applications, a partnership led by the University of Exeter to stimulate the data economy; helping UK businesses develop new products and solutions using satellite technology.

Shell in Talks to Sell $1.3 Bln of Gulf Coast Assets 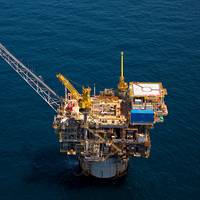 Royal Dutch Shell Plc is in talks to sell its assets in a Gulf of Mexico oilfield to Focus Oil to pay for its takeover of BG Group Plc, Bloomberg reported on Thursday, citing people familiar with matter.The deal could value Shell's stake in the Caesar Tonga field at about $1.3 billion, the report said.Shell has a 22.5 percent working interest in Caesar Tonga, with the rest owned by companies including Anadarko Petroleum Corp, Equinor ASA and Chevron Corp, Bloomberg said, citing company filings.Shell and Focus Oil did not immediately respond to a request for comment.(Reporting by Sathvik N in B 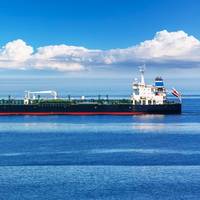 Oil prices fell on Monday as concerns about supply disruptions eased and Libyan ports resumed export activities, while traders eyed potential supply increases by Russia and other oil producers.Brent crude futures were down 26 cents, or 0.4 percent, at $75.07 a barrel at 0057 GMT.U.S. West Texas Intermediate (WTI) crude was down 27 cents, or 0.4 percent, at $70.74 a barrel.Supply outages in Libya and strike action in Norway and Iraq pushed oil prices higher late last week, although prices still ended down for a second straight week."Crude oil prices fell as fears of supply disruptions eased. 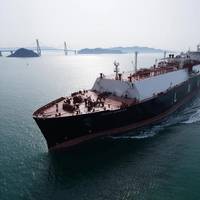 Norwegian-born billionaire John Fredriksen-owned LNG shipper Flex LNG believes that the LNG market is in the early stages of a multi-year recovery.According to a report by Flex LNG, the market for seaborne transportation of LNG has improved significantly during the third quarter with the primary driver being the nearly 50 per cent year on year growth in imports to China.Additionally there is high demand growth in other more mature markets such as South Korea and Taiwan.Flex LNG pointed out that Bloomberg New Energy Finance estimate demand growth of approximately 8.5% in 2018… 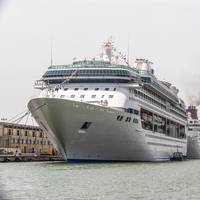 A report entitled “An investigation of air pollution on the decks of 4 cruise ships” studied levels of Particulate Matter (PM) on the decks of four separate cruise ships. While many studies have evaluated the potential impact of ship emissions in port cities, the author – Ryan David Kennedy, PhD, MAES, Department of Health, Behavior & Society, Johns Hopkins University, Bloomberg School of Public Health – said in the report that “little is known about how ship engine exhaust may impact the air quality on the deck of a ship. 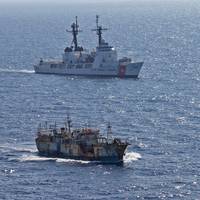 The Estonian government has refused to start the permitting process for the building of a $1.9 billion, 600-MW offshore wind farm off the west coast of the island of Saaremaa, citing national security concerns.The Estonian developer Saare Wind Energy OU had been drawing up plans for four years and had applied for a 50-year building permit for 100 six-megawatt turbines off the island of Saaremaa, said a report in Bloomberg.The wind farm was to consist of 100 turbines of 6 MW each 10 to 27 kilometers off the western coast of the island. 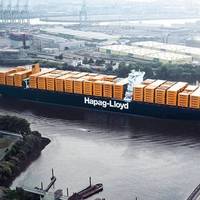 German container carrier Hapag-Lloyd has cut its profit outlook for the year 2018 amid a challenging and volatile environment for ocean carriers. A Reuters report quoted the shipper saying that freight rates had recovered more slowly than expected while fuel and charter costs had ballooned. The report said that these developments cannot be fully offset by cost saving measures that have already been initiated. Hapag-Lloyd also referred to the uncertainty regarding the development of freight rates in the upcoming peak season as one of the factors for the outlook revision. The current global economic growth (GDP) looks like it may be as good as it gets, with indicators across the globe signaling healthy expansion, but at a slower pace compared to the levels seen in the last half of 2017.Global economic growth seems on track to reach its highest level since 2011, as the International Monetary Fund (IMF) maintain its projection for the world GDP at 3.9 percent and expects the global economic growth to be supported by a strong momentum, favorable market sentiment and accommodative financial conditions in 2018 and 2019.

Kuwait Petroleum Corp. (KPC) has signed a 15-year liquefied natural gas import deal with Royal Dutch Shell Plc to help the oil exporting nation meet growing domestic energy demand. A report in Bloomberg said that the sales purchasing agreement with Shell International Trading Middle East Ltd. will start in 2020. The contract will cover 2 million to 3 million metric tons of LNG a year. The volumes delivered under the contract will be used to fire up KPC’s power stations. A press… 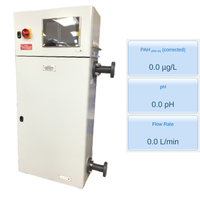 Chelsea Technologies announced that its Sea Sentry wash water monitoring system for ship exhaust gas cleaning systems has been certified by ClassNK, verifying compliance with IMO Annex VI wash water discharge regulations. Accurate monitoring for compliance with environmental regulations is a vital prerogative for the international shipping industry, particularly ahead of the 2020 global sulphur cap. Owners and operators are under increasing scrutiny to not only install costly compliance technologies but also to provide accurate data to demonstrate compliance…

Chinese Trawlers Travel Farthest and Fish the Most 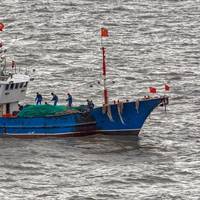 China has the world’s largest and farthest-ranging fishing operation, outstripping the next 10 biggest combined, according to what researchers say is the most comprehensive and data-intensive study on the subject. Ships from China amassed approximately 17 million hours of fishing in 2016, mostly off the southern coast of their home country, but also as far away as Africa and South America. The next-biggest operation is Taiwan‘s, with 2.2 million hours of fishing. The data, collected and analyzed over five years by Global Fishing Watch…

Singapore-based offshore shipbuilder Otto Marine is seeking insolvency protection from the High Court in a bid to salvage the company and stave off liquidation. According to a report in the Straits Times, crippled with a debt of US$877 million (S$1.16 billion), the troubled company, which is delisted from the Singapore Exchange (SGX), filed an application last week to be placed under judicial management. The company  has applied for an interim judicial manager to be appointed, pending the hearing of its judicial management application. The hearing has been adjourned to March 12.

The United Arab Emirates (UAE) condemned Djibouti’s cancellation of DP World’s contract to run the Doraleh Container Terminal, calling it an “arbitrary” flouting of a signed agreement, said a report in Bloomberg. Media reports yesterday said that Dubai has accused Djibouti of illegally seizing a port operated by one of its state-owned shipping companies and started legal action against the African government. “Djibouti government’s seizure of the Doraleh port is regrettable,’’ Minister of State for Foreign Affairs Anwar Gargash wrote on Twitter. 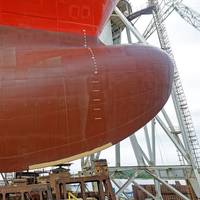 China's cabinet has given preliminary approval to merge the country's two largest shipbuilders, China State Shipbuilding Corp with China Shipbuilding Industry Corp, Bloomberg reported on Friday, citing people familiar with the matter. It said the move, which will create a firm that will dwarf its South Korean rivals such as Hyundai Heavy Industries Co , could still be subject to change as many details needed to be ironed out by ministries and regulators. The two companies have…