Lenders Back Initiative to Factor CO2 Cuts into Shipping Finance 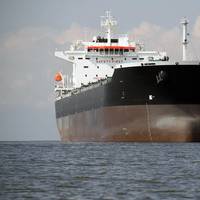 Credit Suisse, BNP Paribas and French public investment bank Bpifrance are the latest lenders to join an initiative to link provision of shipping finance to cuts in carbon dioxide emissions.Global shipping accounts for 2.2% of the world's CO2 emissions and the industry is under pressure to reduce those emissions and other pollution. About 90% of world trade is transported by sea.Last year, a group of leading banks signed up to environmental commitments known as the "Poseidon Principles"… 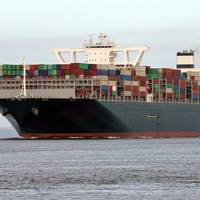 $5B Fund Proposed for Emissions R&D 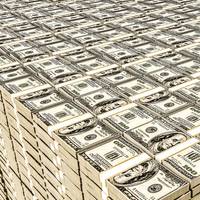 Shipping associations have proposed creating a research fund with $5 billion raised by the industry to develop technology to help the sector meet U.N. targets on cutting emissions.The global shipping fleet, which accounts for 2.2% of the world's CO2 emissions, is under pressure to reduce those emissions and other pollution. About 90% of world trade is transported by sea.International shipping associations called on Wednesday for a mandatory contribution of $2 per tonne on fuel used by ships to raise money for a research fund to help develop cleaner technology for the industry.U.N. 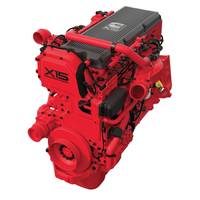 Marine propulsion manufacturers are not just responding to but are anticipating tighter performance demands from the U.S. EPA  and the IMO by introducing both new and upgraded systems based on state-of-the-art propulsion technologies. Tom Mulligan reviews the latest engine product launches.AIP for MAN cryo Liquid Hydrogen Fuel-Gas systemMAN Cryo, a subsidiary of MAN Energy Solutions, has developed a marine fuel-gas system for liquefied hydrogen in cooperation with Fjord1 and Multi Maritime 0f Norway. 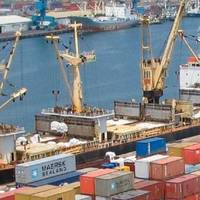 Declaration of Nijmegen was signed by the inland shipping sector, along with Minister Van Nieuwenhuizen (Infrastructure and Water Management) on Friday (April 13). This agreement reflects the commitment of the sector to expending its best efforts to expedite the greening process in the years ahead. The goal is to uphold its competitiveness vis-à-vis road and rail transport, and to reduce CO2 emissions by 20 per cent by 2030. ‘Inland shipping has a substantial lead if you compare its CO2 emissions to those of trucks and trains.

A joint event between the European Economic and Social Committee (EESC) and three Green Members of the European Parliament highlighted the paradox between the strict rules under OSPAR for the decommissioning of fixed oil platforms from the North Sea with the rules that govern the recycling of floating platforms and structures. The latter fall under the same rules as commercial ships, and would therefore have to follow the EU Ship Recycling Regulation. The NGO Shipbreaking Platform…

Shipping Must be Covered by ETS or Climate Fund – MEPs

The Paris climate agreement’s target of limiting global warming well below 2°C will be impossible without measures to curb shipping’s greenhouse gas emissions, MEPs told industry representatives last week. Including shipping CO2 in the EU’s emissions trading system (ETS) or having the sector contribute to a climate compensation fund were the options on the table, they said. MEPs from four political groups – the conservatives (EPP), the socialists (S&D), the liberals (ALDE) and the left-wing GUE – said the revision of the EU ETS… 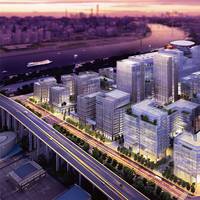 A mini order boom fueled by gas, “green-tech”, tankers and new rules is underway in shipbuilding. It won’t fill all yards, but changes like the July 2015 cap on sulfur emissions garner retrofit and rush orders. Even China’s Directive 55 obliges its mixed bag of yards to comply. Threatening to plug this trickle of business is the potential for backlash against rule makers, when Class is observed “engaging” some yards on designs while others must merely learn the new requirements.

Gaz Métro, a large LNG distributor, has commissioned the first ferry in North America to run on LNG, the NM F.-A.-Gauthier, through its subsidiary, Gaz Métro LNG L.P. The vessel was commissioned in Québec, Canada. It is also the first ship of any kind to run on LNG in Canada. The F.A. Gauthier is reportedly the first of three new LNG ferries ordered by Société des traversiers du Québec (STQ), and will serve the route between Matane, Baie-Comeau, and Godbout on the St. Lawrence Seaway. MV-F.-A. 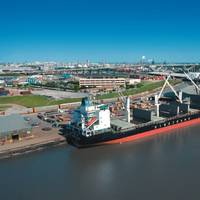 U.S. Environmental Protection Agency (EPA) Administrator Gina McCarthy visited the Port of Houston April 24 to highlight grants aimed at improving air quality. The port will receive about $900,000 in funding as part of EPA’s Diesel Emission Reduction Act (DERA) grant program for clean diesel projects at U.S. ports. “We celebrate that the Port of Houston is growing and thriving, while still reducing pollution,” Administrator McCarthy said. “As the leading port in the nation for environmental stewardship…

Maritime-related air pollution has decreased as much as 40 percent, depending on the type, since 2005, according to a new report. The report is the result of the 2011 Puget Sound Maritime Air Emissions Inventory, which provided an update to the 2005 baseline inventory. The study area covered the U.S. portion of the Puget Sound/Georgia Basin International Airshed, an area about 140 miles long by 160 miles wide. The inventory estimated greenhouse gases, diesel particulate matter and a number of other pollutants, such as sulfur dioxides and volatile organic compounds. It focused on pollutants related to ships, harbor vessels, cargo-handling equipment, rail, heavy-duty trucks and other fleet vehicles associated with maritime activities.

Port of Los Angeles recognized for emissions reductions, international collaborative efforts. The Port of Los Angeles has received a Lloyd’s List Global Award in the Environment category, an honor recognizing the Port’s environmental leadership in adopting and promoting programs that reduce emissions from maritime sources. The award highlighted several of the Port’s green initiatives and leadership efforts at both the regional and international level, including the San Pedro Bay Ports Clean Air Action Plan (CAAP). Initiated in 2006, the CAAP established control measures for port-related ships, trains, trucks, terminal equipment and harbor craft, and ties these measures to specific emissions reduction goals. 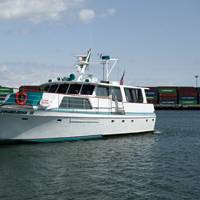 Port of Los Angeles gets final Coast Guard approval to create first harbor tour vessel retrofitted with Hybrid-Electric propulsion system. The Port of Los Angeles has received final approval from the U.S. Coast Guard to install a hybrid propulsion system on its 42-year-old harbor tour boat, the Angelena II. Upon completion later this spring, the Angelena II will be the first harbor craft of its kind retrofitted with a hybrid propulsion system that will reduce emissions and fuel usage by more than 95 percent.