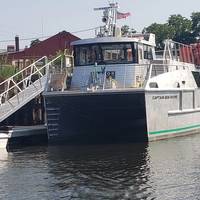 It is “pre-COVID ” April of 2018, and 174 member states of IMO adopt a new strategy to reduce greenhouse gases from shipping. The meetings are considered “urgent” and the target is to reduce carbon emissions in half by 2050. Prior to those “targets” shipping dealt with regulations to address SOx and NOx reductions. Most of which have resulted in limited success due to infrastructure problems and a consideration as a temporary fix.The technical world has responded with low sulfur fuels, LNG, and methanol to work towards the target. 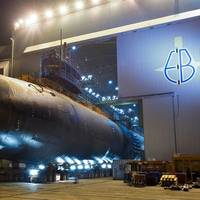 Louisiana-based Bollinger Shipyards announced Wednesday it will construct a state-of-the-art, floating dry dock for Groton, Conn. shipyard General Dynamics Electric Boat to support the construction and maintenance of the United States’ new Columbia Class of Ballistic Missile Submarines.The detail design engineering will be performed at the Bollinger facility in Lockport, La. The concept and contract design for the 618ft by 140ft dry dock was performed by the Bristol Harbor Group in Rhode Island.

[Op/Ed] The Gulf of Mexico: An Energy Platform for America 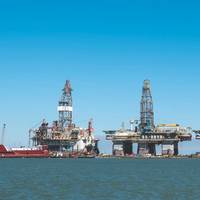 Even as business, schools and scenes from everyday life seem frozen as society adjusts to the coronavirus, the U.S. marches closer toward the November presidential election. In early August, Vice President Joe Biden announced Senator Kamala Harris as his running mate. As the Biden-Harris ticket works out their policy platforms, they should move beyond past comments attacking American offshore oil and gas production. In fact, a strong American offshore oil and gas industry is a platform every candidate should stand behind.Between New Orleans and Houston… 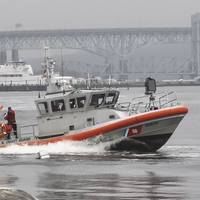 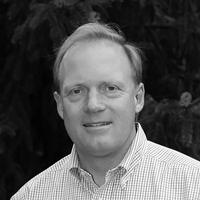 The Connecticut Port Authority (CPA) approved the appointment of John Henshaw as its new executive director, effective September 8, 2020.Henshaw comes to the CPA after serving as the executive director of the Maine Port Authority for over 10 years and after serving as commissioner for the Board of Harbor Commissioners for the Port of Portland.He was selected for the position following an extensive search by the CPA board for a candidate with a specific set of skills and experience. 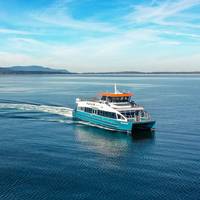 BAE Systems’ HybriGen technology is creating a path to zero emissions.The rise in planet-warming greenhouse gases is driving a need for cleaner transportation on the ground, in the air and on the water. Leaders in the marine industry are taking note, and vessel operators are making the move to green power and propulsion systems.BAE Systems is creating a path to cleaner harbors and waterways with its HybriGen Power and Propulsion system. The system has three configurations to provide operators with options on their way to zero emissions.

The Emerging U.S. Offshore Wind Industry in a Post-COVID-19 World 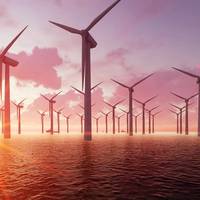 Join a webinar on June 17, 2020 for the global release of a major new market study on the depth, breadth and growth prospects of the Offshore Wind Market --  https://zoom.us/webinar/register/WN_UR5uY1boTOKdAAcAXDbR4gJust when it was looking like the offshore wind industry was finally about to take off in the United States, the COVID-19 pandemic has introduced one more significant layer of uncertainty upon an already very complicated playing field. There are currently 15 active offshore wind projects in the planning stages which… 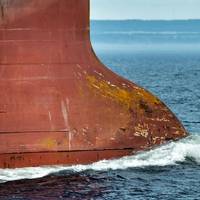 Energy trader Gunvor Group returned to profit in 2019 after its first net loss a year earlier, helped by record earnings in its U.S. division, and said business so far in 2020 remained strong.The Geneva-based firm, which reported a 2019 net profit of $381 million after a loss of $330 million in 2018, said on Tuesday it was also helped last year by earnings from gas trading and its European refining business.But the group, one of the world's top five oil traders, said revenue dipped to $75 billion in 2019 from $87 billion in 2018.Gunvor, which launched its U.S. 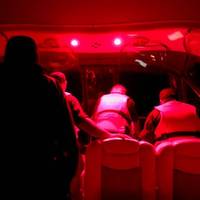 Unique among the nation’s armed services, the Coast Guard’s missions include national defense, law enforcement, natural disaster incident management, recreational boating safety and environmental protection. This diversity of mission scope presents opportunities for the Coast Guard at the strategic, operational and tactical levels as the service works to make their efforts as effective and efficient as possible.Contributing to the service’s overall execution effort is the Coast Guard Research and Development Center (RDC), based in New London, Connecticut. 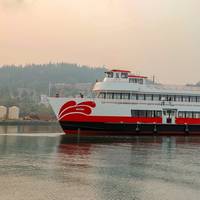 Beneath the decks of vessels across the U.S. a quiet revolution is underway. Inside their underbelly is a high-tech set of components that work in unison – quietly humming together to push vessels through the water without a splash.The technology isn’t new. In fact, it has been powering cars and buses for years. However, with the rise in planet-warming greenhouse gases, it’s now making its way to the open water and creating a new wave of clean transportation. As vessel operators see the environmental benefits… First Coast Guard District command center crews, from Maine to Northern New Jersey, have a new tool to help distressed mariners come home to their families after being out to sea.The i911 program allows for watchstanders to use a mariner’s cellphone number to assist in finding their location for Coast Guard rescue crews to locate them faster. Once the number is entered, the mariner receives a text message authorizing them to share their location with the U.S. Coast Guard. Once shared…

SHIPPINGInsight and CMA to Be Held Back-to-back 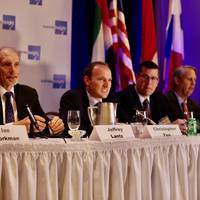 Two U.S. shipping conferences have joined forces to create the first ever North American Shipping Week, to be held October 12-16 in Stamford, Conn., organizers announced Thursday.SHIPPINGInsight will open the week on October 12, one day ahead of its orginal opening date, followed back-to-back by CMA Shipping starting on the afternoon of October 14. CMA Shipping, originally scheduled to be held from March 31 through April 2, had been rescheduled to take place June 29-July 1 due to the coronavirus pandemic. 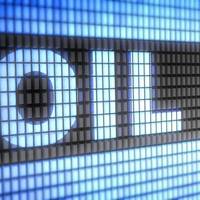 Crude prices posted their biggest-one day gains on record on Thursday after President Donald Trump said he expects Russia and Saudi Arabia to announce a major oil production cut, and Saudi state media said the kingdom was calling an emergency meeting of producers to deal with the market turmoil.Trump said he had spoken to Saudi Crown Prince Mohammed bin Salman, and expects Saudi Arabia and Russia to cut oil output by as much as 10 million to 15 million barrels, as the two countries signaled willingness to make a deal.Trump did not specify barrels per day (bpd)… 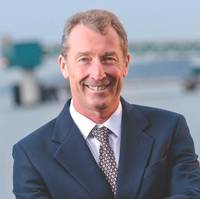 Everett Ship Repair (ESR) is a relatively new name in the U.S. ship repair business. Established in October 2019, the Pacific Northwest shipyard is owned by Ice Cap Holdings, LLC, which is also the parent company to another shipyard not too far away: Nichols Brothers Boat Builders (NBBB).Both ESR and NBBB are headed up by CEO Gavin Higgins, who is responsible for the development of new business opportunities and cultivation of new business relationships, including working with industry groups…

Rewrite the Rules: The Path to Zero Emissions 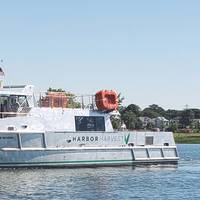 With social media updates and conference agendas addressing the subjects of climate change, emissions reductions and alternative fuels, it’s a wonder we are not climbing the Himalayans in search of the Jedi Master that will provide us with the magic potion. Yoda’s blessing with a calming breath, “You have chosen wisely.”Government emissions intervention started with a move to reduce energy and fuel consumption measured in greenhouse gas (GHG), at a time when the world and our politicians spoke about global warming. 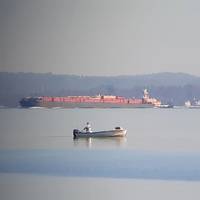 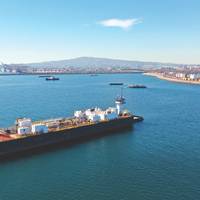 There’s a barge full of reasons why many operators turn to ATBs.A  mainstay of the U.S. coastwise dirty and refined products trades, articulated tug barges (ATB) have increasingly filled a void left as the fleet of Jones Act tankers (with crew complement requirements exceeding that of tugs) has aged out. With the cargo capacity of the larger ATBs – some with barges exceeding 300,000 barrels capacity – rivalling that of workhorse tankers that had served oil consuming regions, the concept certainly makes sense from a supply and distribution perspective.With 50… 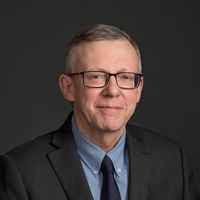 Ecochlor announced the addition of Michael "Mick" Madely to fill a newly created position of Vice President of Global Service. Madely has had a full career in the global maritime industry with over 25 years of experience in senior management positions in both Commercial and Technical roles. He has extensive experience in Asia and the Middle East with a hands-on approach in leading sales and operations of world class capital equipment and engineering providers. For the past 10 years… 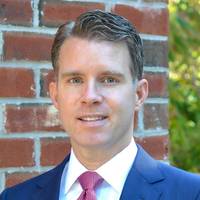 Chembulk Tankers announced on Wednseday that Bart B. Kelleher has taken over as Chief Executive Officer for David Ellis, who has resigned for personal reasons. Ellis will be available to the company through January 31, 2020.Kelleher has held senior executive roles within Chembulk since joining the company in early 2016, initially as Chief Strategy Officer and then Chief Financial Officer in early 2019. Prior to joining Chembulk, Kelleher was the Chief Operating Officer for Principal Maritime Management and held roles in investment banking… 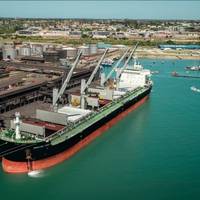 Eagle Bulk Shipping (EBS), the US-based fully integrated shipowner-operator engaged in the global transportation of drybulk commodities, announced that is has taken delivery of the sixth and final Ultramax drybulk vessel it agreed to acquire in July.The ship, which has been renamed the M/V Hong Kong Eagle, is a 2016-built, high specification SDARI-64 Ultramax vessel built at Jiangsu Yangzijiang Shipbuilding Co., Ltd., said the owner-operator within the Supramax / Ultramax segment.Gary Vogel… 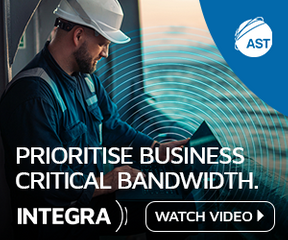