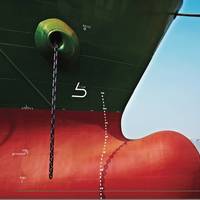 While owners have long recognized the link between clean hulls and lower fuel costs, lack of reliable data has slowed investments in optimizing hull performance. But with improved sensor technologies and data analysis tools, hull performance is getting a second look. Owners seeking to lower fuel costs and comply with pending regulations on emissions and invasive species often look to equipment manufacturers to meet their needs. From new efficient engine designs to alternative fuels, scrubbers to ballast water treatments systems, owners face some expensive decisions. 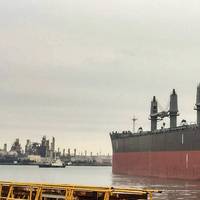 Norwegean shipping company Grieg Star has taken the 64,000 DWT Star Gaia on a long term tariff contract (lTTC) deal for seven years.Star Gaia is a part of the G2 Ocean bulk pool. G2 Ocean is a joint venture of two of the breakbulk and bulk shipping companies: Gearbulk and Grieg Star.Star Gaia is a newbuild conventional bulk vessel, built at Mitsui Chiba Shipyard in Japan. She was named and delivered to us on the 27th of November, with our Head of Finance, Nicolai Hafeld Grieg, present.“We are happy to strengthen our conventional bulk position with this LTTC vessel.

G2 Ocean,  a joint venture of two of the world's leading breakbulk and bulk shipping companies - Gearbulk and Grieg Star, has opened a new office in Hamburg, Germany, to achieve a stronger market position, and in response to increasing demand for project cargo services.“Germany is the manufacturing and engineering capital of Europe, and by establishing a base here, we are able to further enhance our business and service offerings in the region,” Vice President Innovation/Project Cargo Leif Arne Strømmen in G2 Ocean said.G2 Ocean’s newest addition to the team… 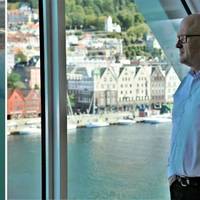 G2 Ocean, a joint venture of two of the world's leading breakbulk and bulk shipping companies - Gearbulk and Grieg Star, hired three new Senior Project Cargo Managers and opens offices in Houston and Hamburg.Since the launch of G2 Ocean in 2017, the company has worked strategically to achieve a stronger position within the project cargo segment.“Our project cargo results are continuously improving, and I am impressed by our team’s efforts. However, we have high ambitions for the future and to stay on target… 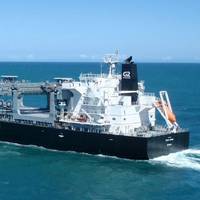 The new dry bulk shipping company G2 Ocean and emerging markets specialists Manuchar have announced the successful trial of CargoX’s blockchain-based Smart Bill of Lading (B/L) Solution, and in doing said the traditional bill of lading is “ready for retirement."According to a statement form G2 Ocean, a joint venture of two of breakbulk and bulk shipping companies - Gearbulk and Grieg Star, the two companies concluded their test of the blockchain-based B/L system in April.“Paper Bills of Lading are already considered a historic artefact. 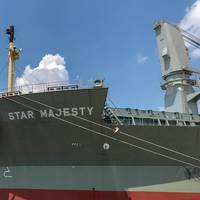 Norwegian shipping company Grieg Star has acquired a semi-open hatch vessel on the 25th of September. Her name is Star Majesty.Star Majesty was formerly known as Samos Majesty. "She is a sister of the Star Minerva, and thus a vessel type Grieg Star knows well and appreciates as efficient and reliable," said a press release from the company."We are really happy we have been able to conclude this deal. Grieg Star is committed to this business, and securing quality tonnage for the future is important for us… 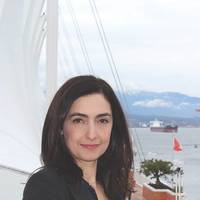 The Vancouver International Maritime Centre (VIMC) is on a mission to grow the city and port into one of the world’s premiere maritime centers. Maritime Reporter & Engineering News recently spoke with Kaity Arsoniadis-Stein, Executive Director of the newly re-established VIMC, for her insights on the pace and direction of the initiative. Let’s start out easily. Why Vancouver? Why now? Why Vancouver? Projections and studies indicate that global trade will increase and shift to the Pacific due to the demand of resources by China and India.

Effective May 1, Lasse Petterson has assumed the role of chief executive officer (CEO), a provider of dredging, environmental and remediation services. In his over 35-year career, Petterson has gained extensive experience in the engineering, construction and maritime industries. His international experience includes time working and living in Norway, Asia and the U.K. to oversee operations and major projects in Australia, Middle East and South America. Most recently, Petterson served as a private consultant to clients in the oil and gas sector. Petterson served as chief operating officer (COO) and executive vice president at Chicago Bridge and Iron (CB&I) from 2009 to 2013. Prior to CB&I, Petterson was CEO of Gearbulk, Ltd.

The US Department of Justice has approved the establishment of G2 Ocean. Authorities in Poland, Germany and Brazil have already approved G2 Ocean. This means the joint venture between Gearbulk and Grieg Star is a vital step closer to reality. The project is on schedule to have G2 Ocean fully operational by the end of the first half of 2017. "We anticipated such a conclusion from the authorities. But that does not mean the final approval was not received with joy. Now we roll up our sleeves and continue the hard work.

The Board of Directors of Great Lakes Dredge & Dock Corporation, provider of dredging, environmental and remediation services, announced the selection of Lasse Petterson as CEO, as well as his appointment to the company’s board of directors. Petterson will join the Board immediately and assume the role of chief executive officer once his application for U.S. citizenship, as required by the Jones Act, is finalized, which is expected in Q1 2017. During this time, Lasse and current CEO Jonathan Berger will work to ensure a seamless transition. Petterson brings to the role 35 years of experience in the engineering, construction and maritime industries.

Jotun:ISO 19030 standard can make $30 bln impact on the industry

The International Organization for Standardization (ISO) has now published the long-awaited ISO 19030, a new standard conceived to measure changes in ship-specific hull and propeller performance. According to Jotun, which has led the industry in the standard’s development, the move has the potential to reduce the industry’s green house gas emissions by 10%, while saving operators up to USD 30 billion in annual energy costs. ISO 19030 has been more than three years in the making. Jotun believes the European Union’s decision to approve the use of copper in marine antifoulings will ensure continued delivery of powerful benefits for both the shipping industry and environment. Copper is a key ingredient of most antifouling coatings, valued for its ability to provide the best overall balance of environmental protection and cost savings. By preventing the settling, growth and spread of a wide range of fouling species, copper plays a key role in ensuring clean vessel hulls. 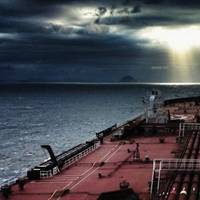 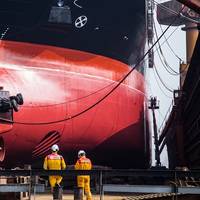 Jotun has analyzed the first ever five year dry-docking of a vessel treated with its Hull Performance Solutions (HPS) system. The data revealed that Gearbulk’s Penguin Arrow, coated with Jotun’s SeaQuantum X200 in September 2010, recorded a staggering estimated fuel saving and CO2 emission reduction of $1.5 million and 12,055 metric tons respectively, across the 60-month period. Jotun’s proprietary HPS offer combines the application of an advanced antifouling coating, a specialized application procedure, a full suite of sensors that record hull performance and a high performance guarantee.

Jotun has analysed the first ever five year dry-docking of a vessel treated with its Hull Performance Solutions (HPS) system. The data revealed that Gearbulk’s Penguin Arrow, coated with Jotun’s SeaQuantum X200 in September 2010, recorded a staggering estimated fuel saving and CO2 emission reduction of USD 1.5million and 12,055 tonnes respectively, across the 60-month period. Jotun’s proprietary HPS offer combines the application of an advanced antifouling coating, a specialised application procedure, a full suite of sensors that record hull performance and a high performance guarantee. 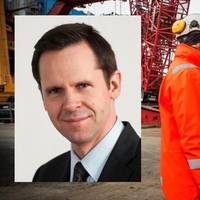 Vessel Sinks with All Filipino Crew

Hopes Fade for Crew of Missing Bulker off Vietnam

Bad weather hampered a search on Monday for 16 Philippine seamen missing since their cargo ship sank off Vietnam, a Vietnamese rescue official said. The Bulk Jupiter, owned by Bermuda-based Gearbulk Holdings , was carrying 46,400 metric tonnes of bauxite bulk from Malaysia to China, the company said. It sent out a distress signal early on Friday. One crew member, the ship's chef, has been rescued and two bodies, including that of the captain, have been recovered. "The weather is very bad with high waves and strong winds," said Pham Hien, vice president of the Vung Tau Maritime Rescue Coordination Centre, which is leading the search. "We are all hoping but until now, no further survivor has been found," he told Reuters by telephone.

No new crewmembers or debris from the sunken vessel Bulk Jupiter have been detected during the recent search operations, ship’s owner Gearbulk Holding Limited reported. A fleet of vessels and planes, under direction of the Vietnamese Coast Guard are participating in the operations from where Bulk Jupiter issued distress signals. The Gearbulk vessel Sunbird Arrow is also assisting the SAR operation. A representative from Gearbulk's Bergen office has travelled to Vung Tao, Vietnam, where the surviving Cook and the bodies of the two deceased arrived yesterday. The cook was initially shielded from the public and taken to a hospital for appropriate medical attention before he was able to meet with authorities.

Sustainable Shipping Initiative leans on shipping ahead of COP21

The Sustainable Shipping Initiative (SSI) is stepping up pressure on the shipping industry ahead of the COP21 Climate Change Conference in Paris, says The Chamber of Shipping of British Columbia. SSI want the IMO to support the UNFCCC global CO2 reduction targets on the basis that climate change is one of the biggest risks to the future of global trade and to the shipping industry. In its response, the International Chamber of Shipping (ICS) has pointed out that mandatory CO2…

SpeedCast International Limited has been awarded a multi-year communications contract from Gearbulk. The new Ku-band satellite service will provide broadband connectivity on 50 cargo vessels across the world. The SpeedCast satellite services will be used aboard 50 cargo vessels and several tankers to support Gearbulk's transition into the global broadband VSAT communications era. According to SpeedCast, the vessels will benefit from enhanced operational and crew welfare communications, all delivered in a financially controllable package by SpeedCast. Clipper Group has appointed Peter Norborg new Group CEO, succeeding current chief Frank G. Jensen, who will continue with the company as Chairman of the Board. Norborg will commence work in Clipper on April 1, 2016. Norborg, 49, comes from a position as Chief Operating Officer at Switzerland-based open hatch/dry bulk company Gearbulk, a position he has held since 2012. Before that, he spent 14 years at D/S Norden, latest as Executive Vice President and Head of Dry Cargo division. Peter holds an EMBA from IMD Business School.