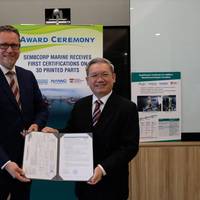 A World-First in 3D Printing 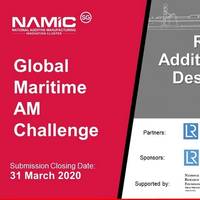 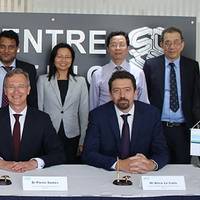 The global quality assurance and risk management company DNV GL and Nanyang Technological University (NTU), Singapore (NTU) are supporting academic advances in additive manufacturing – the process of 3D printing – for the maritime, oil and gas and other industries, through a four-year research collaboration agreement.Two new doctoral student (PhD) positions are being created through the Industrial Postgraduate Programme, supported by the Singapore Economic Development Board (EDB) and DNV GL. 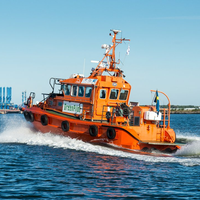 The Methanol Institute (MI) is backing a project at Nanyang Technological University (NTU) of Singapore which will be the first evaluation of Methanol as a marine fuel in Asia.The project consists of two phases, with the first consisting of desktop and bench-testing the Methanol-powered engine employed in the GreenPilot evaluation program in Gothenburg, Sweden. In the second phase, the engine will be shipped to Singapore for installation onboard a harbor craft vessel for service within a fleet for a six-month sea trial…

Nippon Yusen Kabushiki Kaisha (NYK) and Japanese telecom giant MTI have reached an agreement to participate in a long-term demonstration of tidal energy being sponsored by MAKO Energy and Sentosa Development Corporation, which will provide the demonstration site.The demonstration will start next spring in a first-time attempt to commercialize tidal energy in Singapore.MAKO Energy is the Singapore-based subsidiary of Elemental Energy Technologies, a tidal turbine developer that has interest and expertise in the area of renewable energy solutions, particularly tidal power and its applications. 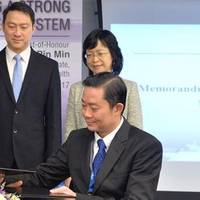 Jurong Port and Nanyang Technological University, Singapore inked an MoU at the Singapore Maritime Institute (SMI) Forum 2017 today to jointly pursue R&D in areas such as Smart Multi-Energy Systems, Alternative Energy Source Applications and Environmental Monitoring Solutions. The MoU signing was witnessed by Dr Lam Pin Min, Senior Minister of State for Transport and Health. The MoU, covering a period of five years, will have both parties jointly: (a) Conduct research projects and testbed solutions as part of Jurong Port’s Living Lab programme.

The inaugural biofuel roundtable was held in Singapore today to drive discussions on the use of biofuels as a sustainable alternative fuel for the future of shipping. Organised by the Maritime and Port Authority of Singapore (MPA), BHP and GoodFuels Marine (GoodFuels), the closed-door roundtable event brought together shipowners of different ship types to network, share insights into the use of biofuels to meet increasingly stringent environmental regulations as well as explore areas of collaboration. 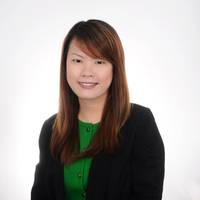 Global Maritime, a provider of marine warranty, dynamic positioning and engineering services to the offshore sector, has made two important hires to support its Asia Pacific (APAC) operations. Mei Ling Chan has been appointed as Regional Finance Manager for APAC where she will take responsibility for finance functions and reporting across the region; and Leong Weng Yoon has been named Global Maritime’s new HSEQ Manager for APAC. Leong Weng Yoon’s appointment reaffirms Global Maritime’s commitment to the highest health, safety, environmental and quality standards across its operations.

The maritime sector is undergoing significant transformation. To enhance Singapore’s hub port competitiveness, the Maritime and Port Authority of Singapore (MPA) is leveraging technology to help maritime companies innovate and move into new growth areas. MPA will be establishing the MPA Living Lab, and working with partners to set up three Centres of Excellence to deepen maritime R&D competencies. The MPA has also enhanced the Maritime Cluster Fund (MCF) for Manpower Development and the MCF for Productivity… 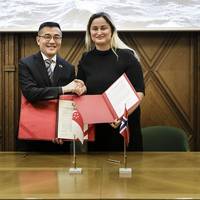 The Maritime and Port Authority of Singapore (MPA), represented by Chief Executive, Andrew Tan, signed a Joint Statement with the Norwegian Ministry of Trade, Industry and Fisheries on October 10 during the State Visit by President Tony Tan Keng Yam to Norway. Norway’s signatory was State Secretary Dilek Ayhan. The signing was witnessed by President Tony Tan and His Majesty King, Harald V of Norway. Besides substantial commercial and industrial cooperation between the maritime clusters of Singapore and Norway…

The Maritime and Port Authority of Singapore’s (MPA) training arm, the MPA Academy (MPAA) and the Nanyang Technological University (NTU), jointly organised the 6th MPLP from 3 to 7 October 2016, with support from the Ministry of Foreign Affairs (MFA) under the Singapore Cooperation Programme. Since its launch in 2011, the programme has now trained more than 110 senior maritime officials from more than 50 countries. Specially designed for high-level senior executives from maritime administrations around the world…

Keppel Telecommunications & Transportation Ltd (Keppel T&T) is pleased to announce the appointment of Mr Wong Wai Meng as its Chief Executive Officer, Keppel Data Centres with effect from 18 January 2016. As CEO of Keppel T&T's data centre division, Mr Wong will spearhead the company's thrust towards being one of the leading data centre developers and operators in Europe and Asia Pacific. He will report to Mr Thomas Pang Thieng Hwi, CEO of Keppel T&T. Mr Wong has more than 20 years of experience in the Information and Communications Technology (ICT) industry. 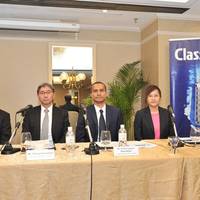 Classification society ClassNK promoted the activities of its new Global Research and Innovation Center (GRIC) at a press conference held today in Singapore. Joined by representatives from Nanyang Technological University, ClassNK Executive Vice President Tetsuya Kinoshita explained the rationale behind GRIC and the current goals for the center. Maritime technologies: Research and development into creating new technologies and improving existing technologies in the fields of safe/smart ships such as condition-based monitoring technology…

A total of 51 scholarships worth more than S$1.4 million were awarded this year, as part of continuous outreach and talent development efforts to meet the manpower needs of the growing Singapore maritime industry - an area which contributes to some 7 per cent of the nation's economy. Sponsored by maritime companies and organisations, the MaritimeONE (Maritime Outreach NEtwork) scholarships and Tripartite Maritime Scholarship Scheme (TMSS) support various local and overseas diploma and degree programmes. 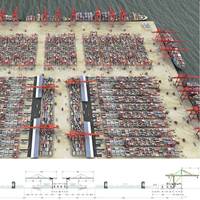 Cargotec's Kalmar,  as part of a consortium, received a commendation award of $100,000 (USD)  in the Next Generation Container Port (NGCP) Challenge at the Singapore International Maritime Awards on April 11. The NGCP Challenge sought to identify innovative ideas on how to plan, design and operate the next generation of container ports that exemplify performance, productivity and sustainability. Kalmar's proposal was prepared in close cooperation with Singapore Nanyang Technological University, APL Co Ltd, Fraunhofer IDM@NTU and VTT Technical Research Center of Finland. 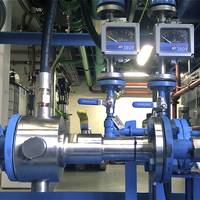 Matters of fuel use, economy and emissions are “A-List” items on any vessel owner’s agenda, as skyrocketing prices for diesel and a spiraling maze of regulation regarding fuel content and emissions are pressing owners to adopt technical solutions. Maritime Reporter & Engineeing News recently spent some time with Dr. Jerry Ng Kok Loon, the founder and CEO of Blue Ocean Solutions, and one of the industry’s leading experts within emulsified fuel technology. Your company was created in late 2010, but actual research into your emulsified fuel technology stretches back to the 1980s.

Singapore Group Technology Center to be Set Up by LR 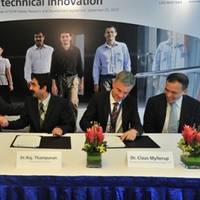 The intent is to establish a Joint Lab facility with A*STAR’s Institute for High Performance Computing (IHPC) to co-develop applications and solutions in the marine and offshore sectors. This arrangement will promote R&D activities in modelling and simulation, providing bespoke technical solutions for companies in these sectors. To encourage the development of technical expertise and young engineers, PhD students will be trained at the GTC during the program’s initial five-year period.

NOL Group Board of Directors Appointments

Neptune Orient Lines Limited (NOL) announced the appointment of international business figure Robert J. Herbold to the company’s Board of Directors, effective 1 February 2010. From 1994 to 2001, Herbold was Executive Vice President and Chief Operating Officer of Microsoft Corporation. After retiring in 2001, Mr Herbold worked half-time for Microsoft until 2003 as Executive Vice President assisting in government, industry, and customer issues. Prior to joining Microsoft, Herbold spent 26 years at The Procter & Gamble Company (P&G). In his last five years with P&G he served as its Senior Vice President of Marketing. Currently, Herbold is the Managing Director of Herbold Group, LLC, a consulting business focused on profitability.

Challenges for the next decade in port and maritime research and development (R&D) and technology will be the focus of the 2nd International Conference on Port and Maritime R&D and Technology (ICPMRDT), to be held from 10-12 September 2003 at the Pan Pacific Hotel, Singapore. Five main sessions, which would be based on the theme "Port and Maritime R&D and Technology", will be featured at the 3-day conference. They are Port Development, Management and Operations; Coastal/Hydraulics Engineering; Marine Environment; Innovative Ship Designs and Operations; and Navigation and Maritime Training. These are key areas that offer great commercial potential for the maritime R&D and technology sector.