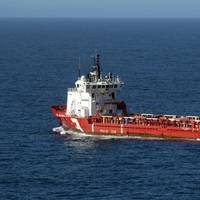 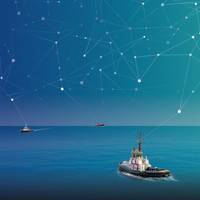 Mariner Training in Brazil: Inside the Institute of Nautical Sciences

For a long time there has been a deficit of trained maritime officers in Brazil, as for decades the only accredited training institutes were run by the Brazilian Navy, where a very limited number of prospective maritime deck and engine officers could be trained at its two training institutes in the country. That's all changing now with the Institute of Nautical Sciences (ICN) leading the way.With the discovery of the pre-salt in 2007 and the continued growth of the maritime and offshore sectors, the lack of qualified Brazilian officers became acute. For many years, and even today, most offshore captains and officers are foreigners, while there is a more significant number of local captains and officers in the merchant fleet. 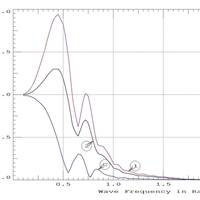 General HydroStatics is no longer just about hydrostatics, and will soon offer capabilities in the world of hydrodynamics with the introduction of a long awaited addition to the GHS product family: an optional seakeeping module. Adding a seakeeping module means run files may now include seakeeping capabilities by adding a couple new commands and existing geometry files (.GF) can be used for the seakeeping analysis with little or no modification. Integration with GHS also reduces required user input, getting answers faster while increasing user control.

An advanced, 60 cm marine satellite antenna system designed to consistently deliver the fastest data speeds globally to the maritime market will be unveiled tomorrow by KVH Industries, Inc., at the Fort Lauderdale International Boat Show, in Florida. The TracPhone V7-HTS achieves data download speeds of up to 10 Mbps, three times faster than current 60 cm models on the market, including KVH’s own system, and fast enough to enable the streaming of HD-quality content at sea. In addition, to further meet the demands of increased data usage at sea, KVH is offering the TracPhone V7-HTS with new hybrid airtime plans that deliver a free, lower-speed unlimited use data channel that runs at the same time as the high-speed data channel. 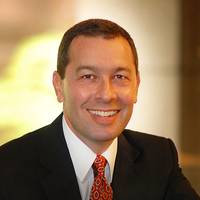 ABS Group provides a range of technical solutions to support safe, reliable and high-performance assets and operations in a variety of asset-intensive industries, including the marine sector. With more than 2,400 professionals in over 30 countries, ABS Group delivers solutions all around the world. The mission of ABS is to serve the public interest as well as the needs of clients by promoting the security of life and property and preserving the natural environment. As a full-service provider to the entire towing vessel industry… 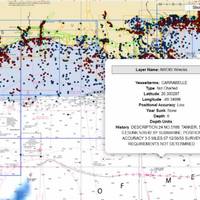 Knowing the locations of shipwrecks and other obstructions has always been important for safe navigation ‒ but mariners are not the only people who want to know about wrecks. They are also important for marine archeology, recreational diving, salvage operations, and fishing, among other interests. Now, Coast Survey has improved our Wrecks and Obstructions Database, giving everyone easy access to new records to explore. Historically, Coast Survey has maintained two separate sources of information on wrecks.

HydroComp, Inc. began as a business venture in 1984 to meet the specific needs of naval architects and shipbuilders in the area of resistance and power predictions. Thirty years later, HydroComp has grown into a multifaceted corporation with clients from design to construction to academia in more than 60 countries. Founded in 1984 in New Hampshire, U.S. by Jill Aaron (Managing Director) and Donald MacPherson (Technical Director), HydroComp was a pioneer in the very specific area of applied hydrodynamics. This focus shaped a line of unique naval architectural software packages beginning with our flagship product NavCad, and which now include SwiftCraft, PropExpert, PropCad, SwiftTrial and most recently, PropElements. 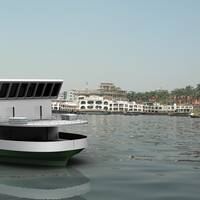 Marine Engineering and naval architecture students provide a fresh perspective on design, safety and innovation, too. When most of us board a passenger ferry, thinking about the safety and stability of the vessel will rarely cross our minds. Typically, those thoughts are obscured by other “more important” things, along with the distractions of electronic devices that keep us so pre-occupied that we even tune out the essential safety briefing that occurs during departure. While the record of U.S. 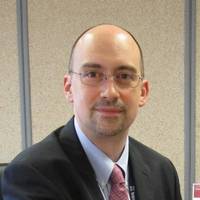 Héctor Martínez has been appointed Commercial Director of SENER’s Marine Strategic Business Unit in Mexico in addition to his responsibility as Commercial Director of the Aerospace Strategic Business Unit in the same division. These are two business sectors with good growth prospects, in which SENER has operated for several years providing Engineering and Construction services. Born in Mexico, Héctor Martínez is an Electromechanical Engineer graduated from the Pan-American University… 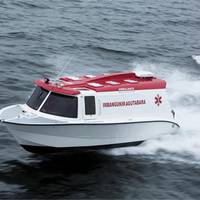 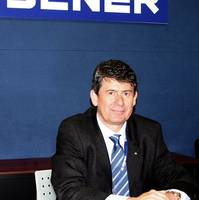 The engineering and technology group SENER has opened an office in São Paulo, Brazil. SENER thus establishes an operating and permanent division in this Latin American country, made up of about 300 Brazilian professionals specialized in engineering and construction that will carry out projects in the fields of Power and Process, Civil engineering and Architecture, Aerospace and Marine engineering. Furthermore, SENER premises in Brazil also include an office in Rio de Janeiro.

General HydroStatics (GHS) and its derivative, GHS Load Monitor (GLM), are both used by fleet operators. These software programs are designed to be configured by users to match their own reporting requirements while meeting the everyday needs of each vessel with minimal ongoing effort. Trident Seafoods uses GLM to manage its fleet and to aid the deck and engineering officers in load monitoring to prevent overloading and meet regulatory requirements. With this vertical business from fishing to processing… 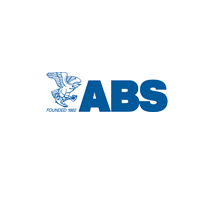 (Houston, TX---)   Class society ABS announces the development of the Guide for Integrated Software Quality Management (ISQM) and an associated optional notation. As the offshore industry has increased reliance on computer controlled systems, validating software programs including their integration, has become vital to safe and efficient operations. ISQM is a risk-based software development and maintenance process built on internationally recognized standards. The ISQM process…

Actisense, the marine electronics brand from Active Research, based in Poole, UK, announced its collaboration with Nobeltec, the US based developer of PC-based marine navigation software programmes and supplier of electronic charts, hardware, and accessories, to integrate NMEA 2000 into Nobeltec software packages. Powered by Actisense technology, the Nobeltec NMEA 2000 Gateway (NGT-1-NBL) has been designed to transfer NMEA 2000 data from the NMEA 2000 bus to PC’s running the Nobeltec VNS 11 and Admiral 11 navigation software programs. Based on the Actisense NMEA 2000 PC Interface (NGT-1) design, Nobeltec approached Actisense to develop…

A Korean Language version of Meeting MARPOL Standards (MMS), Waste Management Best Practices (WMBP) and NPDES Training for Vessels (NTV) software packages has been recently released by MARPOL Training Institute (MTI), a California-based training and consulting company. The computer-based training software programs have a Korean language audio track along with English text on the interactive screen images. The programs were developed by MTI principles, Captain Robert Hall and Chief Engineer David Hiller, who have over 75 years of combined experience in the shipping industry. Each program offers training for crew or officers to work at their own pace and provides a Certificate of Completion for the student and an auditable database record for the company.

Disaster preparedness and recovery plans have taken on new aspects and urgency since September 11. For many who didn't have disaster recovery plans, they have been inspired to create them. Now operations managers of maritime companies who are responsible for their communications and smooth functioning of office systems must also consider more possible threats. Is your company prepared to continue operating if forced to evacuate your offices due to an anthrax exposure? What if your office, vessels, or people were directly affected by violent terrorist attacks? What happens if your suppliers are unable to provide you communications links, phone lines, or power? Your plan should consider all of these catastrophes and more.

From Small Commercial Shipyard to Premier

Local and state dignitaries convened on the Monmouth County waterfront to take part in the christening of the Gladding-Hearn built M/V Seastreak New Jersey, a 141-ft. (42.9-m), 400 passenger high speed catamaran which will provide daily commuter service from Atlantic Highlands, and Highlands, N.J., to Pier 11 (Wall Street) and East 34th Street in Manhattan. According to Geoffrey Ede of SeaStreak America, Inc., Seastreak New Jersey and its sister ship Seastreak New York are the fastest diesel powered ferries in the New York Harbor today with service speeds of approximately 45 mph. Our outstanding commuter service into New York will…

Josip Gruzling, P.Eng., President of NautiCAN R&D Ltd., passed away Monday, September 10. Josip was a pioneer in the use of hydrofoils to increase the efficiency of tugs and barges. He used his inventiveness and determination to develop two types of devices: the High Efficiency Nozzles and Hydralift Skegs for barges, receiving nine patents for his efforts. Over 100 High Efficiency Nozzles have been built and over 40 Hydralift skegs have been installed worldwide. Josip got his start in 1968 working for Robert Allan Ltd., going on to found NautiCAN in 1972 to develop his ideas. Hydralift Skegs provide directional stability to barges with much less resistance than standard skegs, typically between a 35 to 50% improvement.

The Globe is reporting that the cargo ship bears the name Osama. It's been registered in Syria. And it's steaming toward Los Angeles. That's the mock scenario playing out on a bank of giant plasma screens lined up for a demo here at Raytheon Co.'s Naval Integration Center on Narragansett Bay. The vessel has been tagged as suspicious based on data culled from shipping records. Raytheon engineers are using software to track its course. And they're combing databases tracing its history, ownership, and sister ships heading for US waters. Athena is part of a larger push by Raytheon, the nation's fifth-largest military contractor, into homeland security.