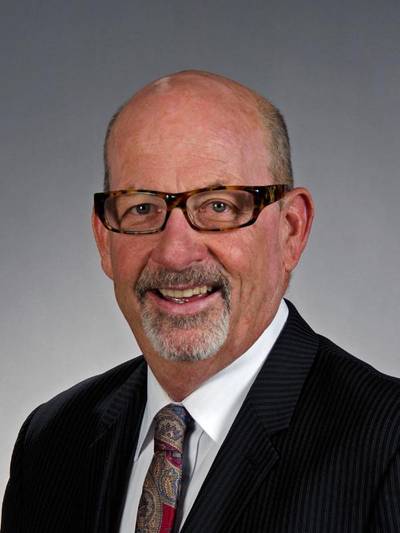 Matson Announces Upcoming Retirement of Senior Vice President, Ocean Services, Dave Hoppes; John Lauer to Succeed Hoppes, Chris Scott to Succeed Lauer
Dave Hoppes, Matson’s senior vice president, ocean services, will retire March 31, 2015, the company announced. John Lauer, currently vice president, Transpacific services at the company's wholly-owned subsidiary, Matson Navigation Company, Inc., will succeed Hoppes as senior vice president, ocean services, effective March 31, 2015. The company also announced that Chris Scott, currently director, Asia at Matson Navigation Company, will succeed Lauer as vice president, Transpacific services at Matson Navigation Company, effective March 31, 2015, as part of the transition plan.
"A key part of Matson's culture is carefully developing succession planning and management development for emerging leaders," said Matt Cox, president and CEO. "We are confident that this transition of senior management in ocean services will be seamless to our customers and other business partners and that the successors are well equipped to assume their new roles and responsibilities."
As senior vice president, ocean services, Hoppes has been responsible for sales, marketing, customer service, pricing and government services for the ocean transportation division of Matson.  He has had an integral role in developing and managing key customer relationships in all of Matson's markets: Hawaii, Guam, China and the South Pacific. In addition, under Hoppes' leadership, Matson's Customer Support Center in Phoenix has been a key driver in customer satisfaction and is recognized for its industry leading levels of service. Hoppes' career with Matson has spanned over 25 years and has included positions in both sales and operations, giving him a comprehensive understanding of the entire Matson network of services. He had an instrumental role in the start up in 2006 of Matson's China – Long Beach Express; the entry into an international trade lane was the first time in over 35 years that Matson had expanded beyond its domestic services. Hoppes has a bachelor's degree in psychology and a master's in business administration from the University of California, Los Angeles.
John Lauer has 30 years of experience in the maritime industry and has spent the last seven years at Matson overseeing the Company's highly successful China service. Lauer has had a leadership role in establishing Matson as the premier service oriented carrier in the Transpacific market, Under Lauer's direction, the Company's Transpacific service efforts have successfully focused on trade lane yield management and revenue enhancement strategies. He has managed an effective sales team that has attracted and retained a premium customer base that benefit from Matson's expedited services. Lauer was promoted to vice president, Transpacific services, in 2012.
Prior to Matson, Lauer worked for APL for 19 year in a succession of positions with increasing responsibility in Chicago, Houston, Denver, Hong Kong, Los Angeles, and New Jersey. Some of his key roles at APL included vice president, eastern region; managing director, western region sales; and director of sales, Hong Kong/S PRC. Lauer has a bachelor's degree from the University of Notre Dame.
Chris Scott joined Matson in 1995 as a customer service representative in Phoenix. In the past nearly two decades, he has had a series of promotions throughout the Matson organization. He was promoted to supervisor, customer service, in 1998 and was made supervisor, key accounts, in 2000. As part of a management development program, Scott was promoted to manager, sales and depot operations, for Matson Logistics (formerly Matson Intermodal System) in Jacksonville in January 2001 and promoted to manager, sales, Pacific Northwest, for Matson in September 2001. In 2003, he was promoted to manager, national accounts and eastern area sales, in San Francisco. He was promoted to director, Asia, in 2006 and transferred to Shanghai to oversee all sales efforts and activities. In 2008, he transferred to Honolulu as manager, container operations, at Matson's hub terminal operation at Sand Island. He then returned to China as director, Asia.  Scott has a B.S. in business from Arizona State University.
"Dave Hoppes has had a long, distinguished career at Matson and an instrumental role in making the Company a leader in its respective markets," said Matt Cox, president and CEO. "He has been a valuable member of Matson's executive management team and a major contributor to a number of strategic initiatives over the past two decades. We are fortunate that John Lauer and Dave Hoppes will be able to work closely over the next several months to ensure a smooth transition for this key position. Lauer's 30 years of experience in the industry and his successful tenure at Matson leading our highly successful China service will make him a strong successor. We are also pleased that Chris Scott continues to rise in the Matson organization and build on his career that has encompassed virtually all aspects of our business. On a personal note, I'd like to thank Dave Hoppes for all he's done over the years for Matson and wish him all the best during his well-earned retirement."