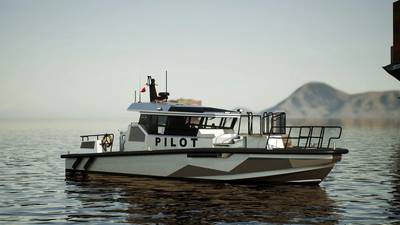 The new pilot boat for the Pascagoula Bar Pilots Association will be their second Metal Shark pilot boat and the first in a series of this new 55’ Defiant platform. (Image: Metal Shark)

While its Defiant-class vessels are available to a wide range of operators, Metal Shark said it has developed an arrangement optimized specifically for pilots, featuring flat, non-skid decks run from bow to stern, safety rails and grab handles, and pilot boarding platforms configured to operator requirements. For Pascagoula, the launch has been equipped with a foredeck transfer zone with integrated stairways allowing port, starboard or forward access to two deployable platforms with integrated safety rails allowing pilots to board ships from either side of the vessel. 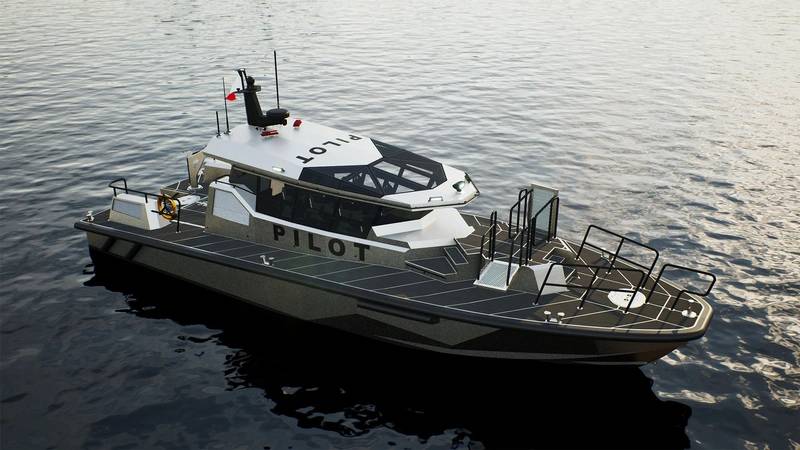 Belowdecks accommodations include an enclosed head compartment with fresh water sink, bunks, and individual storage lockers for crew members’ personal items. Acoustic insulation and flooring are employed throughout the vessel to reduce noise and vibration. 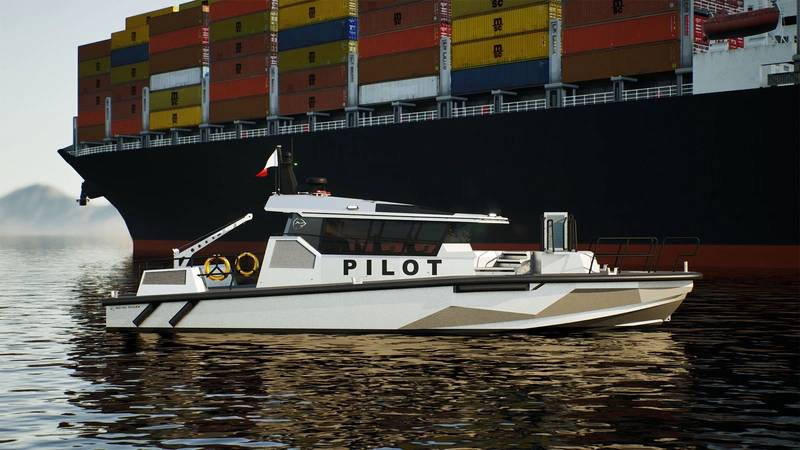 The vessel will be powered by twin Cat C18 engines rated at 803 horsepower each, turning Michigan Wheel 34” diameter Nibral four-blade propellers through Twin Disc MGX5146A 1.961 gears. This combination will deliver an expected cruise speed in the 25-knot range and a top speed approaching 30 knots. An 800-gallon fuel capacity allows for a cruise speed range of approximately 280 nautical miles.

“Metal Shark continues to develop next-generation pilot boat designs custom-tailored to meet the requirements of individual pilot groups, each based upon an extensively proven hull form,” said Carl Wegener, Metal Shark’s VP of Commercial Sales. “We’re excited to be building this new pilot boat for Pascagoula, which is their second Metal Shark pilot boat and the first in a series of this new 55’ Defiant platform.”

“We invest heavily engineering to continually enhance and evolve our product portfolio and this newest pilot boat exemplifies that approach,” said Metal Shark’s CEO Chris Allard, “Like our US Navy 40 Defiant patrol boats, and our 50 Defiant and 70 Defiant fireboats now in production, this new 55 Defiant Pilot shows our commitment to the ongoing evolution of our product line across all sectors.” 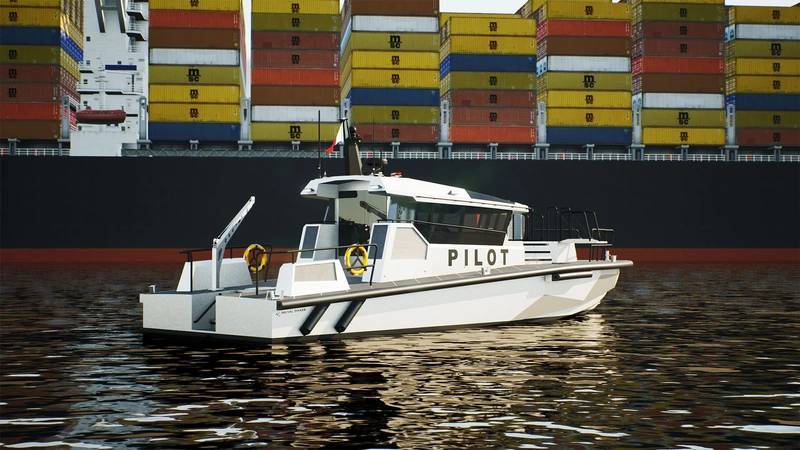 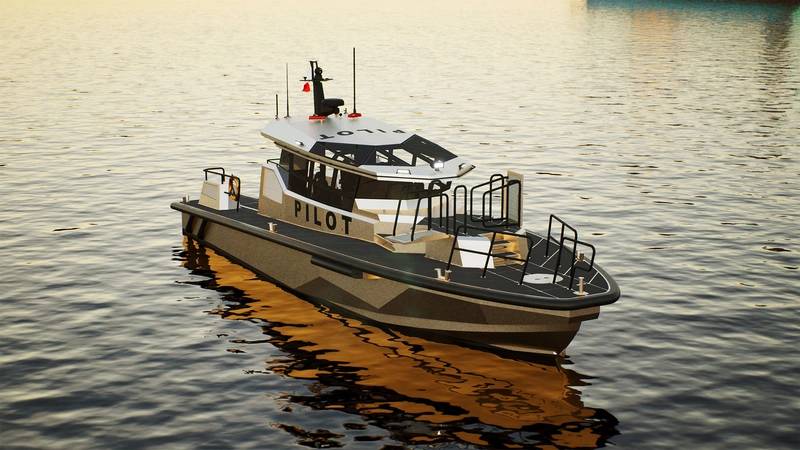