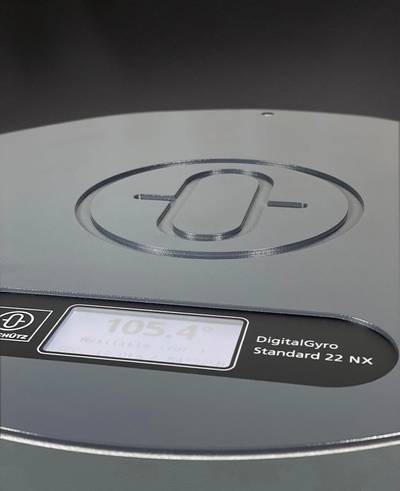 With the Standard 22 NX, Raytheon Anschütz has introduced a gyro compass combining proven sensor technology with the advantages of latest interface and networking standards.

Raytheon Anschütz has designed the new gyro compass Standard 22 NX which aims to improve accuracy, reliability and robustness even in harsh conditions.

Raytheon Anschütz has started the series production of Standard 22 NX in January, with a delivery start planned from March onwards. The Standard 22 NX and its gyrospheres will be available from stock for customers and distributors to ensure shortest delivery times anywhere in the world.

The quality of heading information is essential for safe navigation. In addition to the type approval tests, ten units from a pre-production series were used for a year-long test in the Raytheon Anschütz production facilities in Kiel, Germany. Other units been tested on a ferry in the Baltic Sea for 12 months. The results have shown high reliability and robustness under intensive use and most varied environmental conditions, enabling Standard 22 NX to enter into series production.

Standard 22 NX is said to provide more flexibility in interfacing as other gyro compasses before.

Interfaces are configured by selecting NMEA telegrams, baud- and update rates. The configuration of Standard 22 NX can be downloaded and uploaded easily. Actually, this new process reduces the configuration time of a Standard 22 NX system to a few minutes only. In particular in the field, when service time is money, this is a clear advantage over other compass systems in the market.

With its advanced interfacing capabilities, the new gyro compass integrates into the most varied system environments.

A group of shipping industry partners are working together to assess the technical, financial and environmental potential…