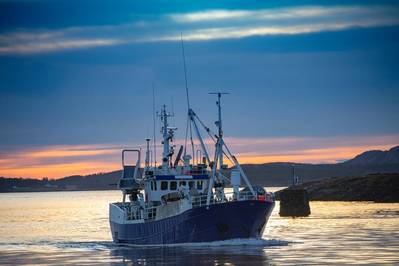 Norway said on Thursday it would impose limits on Russian fishing vessels using its ports, in a further tightening of security following last week's suspected sabotage on the Nord Stream gas pipelines in the nearby Baltic Sea.

Russian trawlers will now only be allowed to visit three of several dozen ports along the Norwegian coast and must undergo security checks when they do, foreign minister Anniken Huitfeldt told a news conference.

She stopped short of imposing a total ban on Russian vessels demanded by some security experts and opposition politicians, who had said there was a risk of espionage and more sabotage.

Some access was needed as the joint management of fish stocks remains important, Huitfeldt said. And by inspecting the vessels, Norway will also seek to prevent the smuggling of sanctioned goods back to Russia, she added.

Norway, Europe's number one gas supplier and a major global oil producer, has deployed its navy, air force and soldiers to protect its energy industry in response to the Nord Stream leaks, which some countries have blamed on sabotage.

"Russia's unacceptable annexations in Ukraine, the attacks against gas pipelines in the Baltic Sea and increased drone activity has led the government to further tighten security," Huitfeldt said.