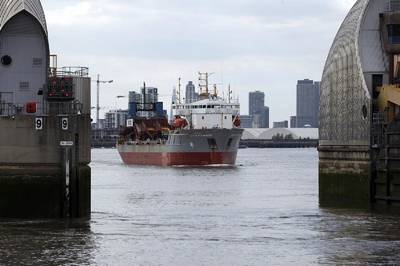 The vessel is one of a four-strong fleet of gravel and sand dredgers, which operate mainly in the North Sea and English Channel, supplying Tarmac’s aggregate processing plants on the River Thames and in Southampton.

The company is currently rolling out the latest version of enginei across its dredger fleet to provide enhanced fuel monitoring and reporting capabilities.

The 3,914 gt City of Westminster, which was the first in the fleet to be installed with enginei in 2012, will now follow the City of Cardiff, City of Chichester and City of London in receiving the latest version of the technology.

Notably, enginei will track and record fuel consumption patterns during the City of Westminster’s stand-by, on-passage and dredging modes, with automated reports produced to identify trends and help the operator to better understand spikes in fuel consumption.

This is expected to contribute to optimizing fuel usage and maintenance programs through the provision of engine performance and other important information.

Tarmac is also set to use the data provided by enginei as part of its plans to scope out a new build program - the information will be used to help optimize future vessel design parameters and performance requirements.

enginei uses Coriolis flowmeters and sensors to accurately monitor the fuel being consumed by each of a vessel’s engines, which is tracked against GPS data, voyage details and operational mode.

The data is collected, processed and relayed to bridge and engine room-mounted touchscreen monitors to enable the ship’s master to adjust vessel speed and take whatever other actions are needed to maximize efficiency.

The City of Westminster upgrade is due to be completed by Royston technicians during scheduled maintenance work on the vessel.