Salvors Gear Up to Refloat Grounded Containership Ever Forward 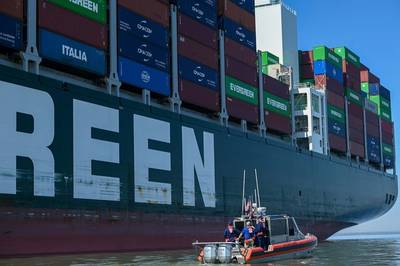 Salvors will attempt to refloat the Ever Forward on Tuesday following a week of dredging to free the grounded containership outside the Port of Baltimore.

According to the port's executive director William Doyle, a team of five tugs, including two pushing on the ship's starboard side, two pulling from port side and one long pull from stern, will aim to dislodge the 1,095-foot ship, which went hard aground outside of the Craighill Channel near Gibson Island on March 13.

During the refloat attempt, the current 500-yard safety zone around the ship in the Chesapeake Bay will be temporarily extended to 1,000 yards, closing the navigation channel to commercial traffic from noon Tuesday through midnight, the U.S. Coast Guard said. One-way vessel traffic could resume at reduced speeds as soon as midnight or at the discretion of the Captain of the Port, the Coast Guard said.

Work to free the 12,000 TEU containership kicked off last week with the arrival of two clamshell dredges—Donjon Marine's Oyster Bay and Cashman Dredging & Marine Construction's Dale Pyatt—but dredging was temporarily paused at the end of las week due to weather conditions, causing a slight delay in the initial refloat schedule.

If Tuesday's refloat attempt proves unsuccessful, dredging will recommence ahead of a second try on April 3-4. This attempt would use two anchored barges pulling from the stern and five tugs, including an additional tug on bow pulling aft, Doyle said.

Meanwhile, responders continue to monitor the ship's stability and check for potential pollution. In addition to regular soundings of fuel and ballast tanks, a naval architect is currently aboard Ever Forward constantly monitoring and evaluating the ship’s stability, and will continue to do so during the refloat attempts, the Coast Guard said.

To date, no injuries, pollution or damage to the Ever Forward have been reported, and vessel traffic in the area has remained unaffected, Doyle said.

If both refloat tries fail, responders would likely need to begin removing containers from the vessel. The Ever Forward, which is operated by Taiwan-based Evergreen Marine Corp. and registered in Hong Kong, is carrying 4,964 containers of general dry goods, according to the U.S. Coast Guard. 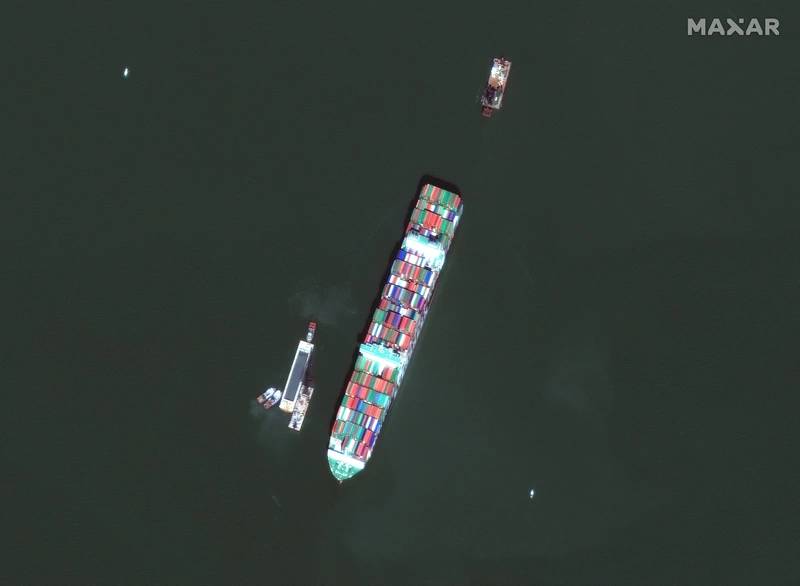