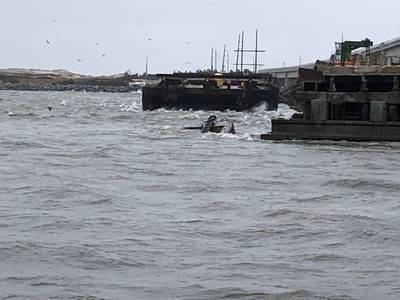 A tugboat is partially sunk and leaking diesel after alliding with a bridge in North Carolina's Oregon Inlet, the U.S. Coast Guard said.

All eight people aboard the tug Miss Bonnie reached shore safely without injury after the vessel struck the Old Bonner Bridge at 11:09 a.m. on Sunday.

The Coast Guard said its watchstanders at Coast Guard Sector North Carolina received report from a local Coast Guard 47-foot Motor Life Boat crew at approximately 10:00 a.m. on Monday that a sheen was coming from the semi-submerged tug.

The maximum potential for the discharge is 6,000 gallons; however, it is estimated 3,000 gallons were on board.

The responsible party has deployed 200 feet of sorbent boom and 175 feet of containment boom around the vessel, and is scheduled to deploy secondary ocean boom and conduct salvage operations once on-scene weather permits.

There have been no reports of impacts to wildlife at this time. The channel currently remains open to all vessel traffic.

The Coast Guard is working with the National Oceanic and Atmospheric Administration (NOAA) Scientific Support Coordinator to identify the most likely trajectory of the discharged diesel to determine necessary mitigation strategies for the preventative impact to environmentally sensitive areas.

“Protecting the marine environment is a top priority for the Coast Guard,” said Capt. Bion Stewart, commander of Coast Guard Sector North Carolina. “We are overseeing the responsible party’s actions to mitigate environmental impacts resulting from the discharge and to remove the vessel when it is safe to do so.”

The cause of the incident is currently under investigation. 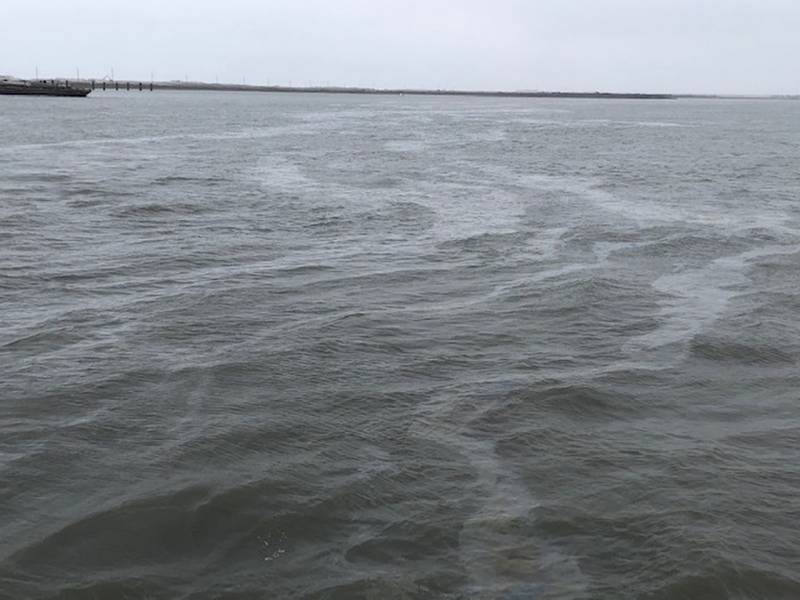