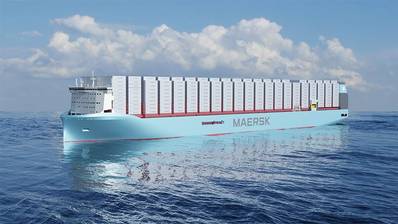 Shipping and commodities firms will commission more ships partly powered by liquefied natural gas (LNG) next year while ramping up trials for biofuel bunkering as they seek to cut emissions from ship operations, senior executives said this week.

The shipping industry is seeking to reduce its reliance on oil as it tries to meet carbon emission reduction targets set out by the U.N.'s International Maritime Organization.

LNG, methanol, and biofuel are among the more popular alternative fuel options, industry executives said at the Singapore International Bunkering Conference and Exhibition (SIBCON) 2022, which ended on Thursday.

Several companies, including shipper Mitsui O.S.K and mining firms Rio Tinto and BHP, are set to receive more LNG bunker vessels in 2023 that will help shave off some emissions on voyages.

Rio Tinto will bring nine LNG dual-fuelled Newcastlemax vessels into its portfolio, with the first delivery expected from the first half of next year, said Laure Baratgin, head of commercial operations at Rio Tinto.

The company has also started a one-year biofuel trial as it aims to cut emissions from operations by 40% by 2025.

The company announced on Wednesday it has ordered six more methanol-fuelled vessels, bringing its total order of such ships to 19.

Maersk's approach is to "go to the green fields right away," said Berit Hinnemann, head of decarbonization business development at Maersk, adding that the company will not be adopting LNG as part of its fuel mix.

"We see green methanol as a solution that is technologically ready, the fuel production can be scaled up, and therefore, we see it as a fuel option to make a sizable impact already this decade," she told Reuters.

"The demand (for methanol) was not really there and what we have been trying to do is to bring momentum, to bring demand to the market by our vessel orders," Hinnemann said.

More companies are also conducting tests to blend biofuels with marine oil, which does not require shippers to make huge modifications to current engines.

France's TotalEnergies will start offering biofuels as a bunkering fuel to its customers in Singapore from next year, while Cargill Inc is seeking to boost biofuels usage in a bunkering trial next year.

But limited biofuel supplies, a lack of industry standards in ensuring the fuel's quality, and higher prices may limit its use in bunkering, industry sources said.

Further ahead, companies have also started looking at green ammonia for bunkering beyond 2030.

The first ship to be powered by ammonia may be built in 2026 or 2027, BHP's Head of Maritime Fergus Eley told Reuters, adding that he hoped that the fuel would have started pilot production by then.