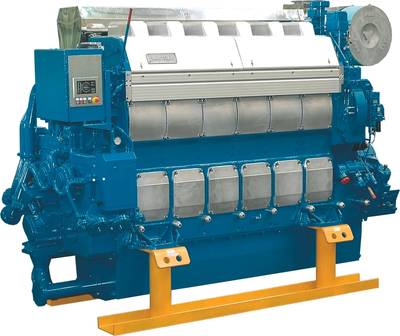 Finnish ship technology and power plant maker Wartsila reported on Thursday a bigger-than-expected rise in quarterly order intake, saying the market demand had improved for its marine solution business.
* Bookings of new orders in the second quarter increased 14 percent from a year earlier to 1.36 billion euros ($1.57 billion), beating analysts' average expectation of 1.22 billion in a Reuters poll.
* Adjusted operating profit rose 3 percent from a year ago to 126 million euros, roughly in line with the market consensus.
* Revenue was up 8 percent at 1.29 billion euros, compared to 1.21 billion euros in the poll.
* Wartsila, which did not give profit guidance for the full year, said overall development in 2017 was expected to be relatively unchanged from 2016
* Wartsila raised its 2017 market outlook for marine solutions to "solid" from "soft", citing a favourable vessel contracting mix
* "The general marine market environment remains challenging, as the merchant, gas carrier, and offshore segments continue to suffer from overcapacity, slow trade growth, and the financial constraints of customers," Wartsila said in a statement.

* Demand is seen solid for services and good for energy solutions.